Blue Moon, the first and most prominent laundry detergent producer in China, is gradually losing its ground to new players due to series of inefficient decisions and intensified competitions in this market. 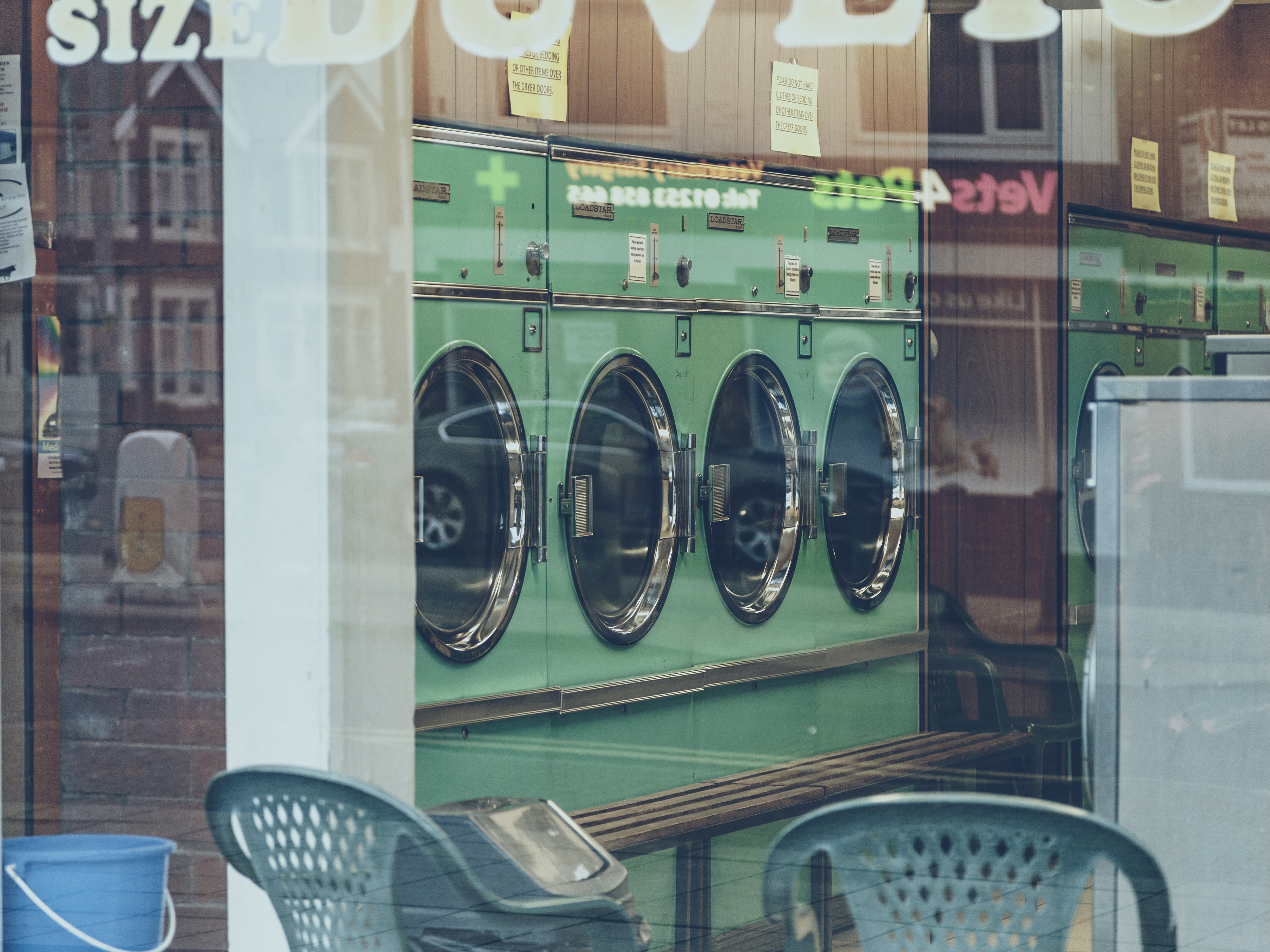 Everyone in China will likely have one bottle of Blue Moon in their house, whether it is the handwashing fluid or the laundry detergent liquid – or anything else. Blue Moon specializes in a wide range of fabric care products, personal hygiene products and home care products. It is worth noting that 85% of its products are for fabric care. On June 29, this retail giant officially submitted its prospectus to the Hong Kong Stock Exchange, with BAML, CICC and Citi as joint sponsors.

As the earliest Chinese branding that manufactures household cleaning products, Blue Moon has always been in the first place in the laundry liquid market. However, in recent years, because of the slowdown in both market share and revenue growth, people start questioning Blue Moon's ability to maintain its edges. In this article, EqualOcean takes a closer look at Blue Moon's competitive advantages and potential challenges. With a combination of our qualitative insights and a quantitative model, we hold a bearish view on Blue Moon.

To everyone's surprise, with little growth in Blue Moon's revenue, its profit margin growth between 2018 and 2019 was still as high as 94.9%, which means almost double the company's gross profit of the previous year. For this phenomenon, the Blue Moon team explains it was mainly due to its products' cross-selling, which led to an economy of scale among the sales costs. However, if we take a closer look, the price of its essential raw materials – palm oil –has dropped to one of its lowest points in recent years, contributing to high margin growth. In this case, the margin growth may not be that sustainable. In that way, one key factor we need to observe further is the performance of BM's condensed laundry detergent liquid and its future milestone R&D to turn this growth into a sustainable one. 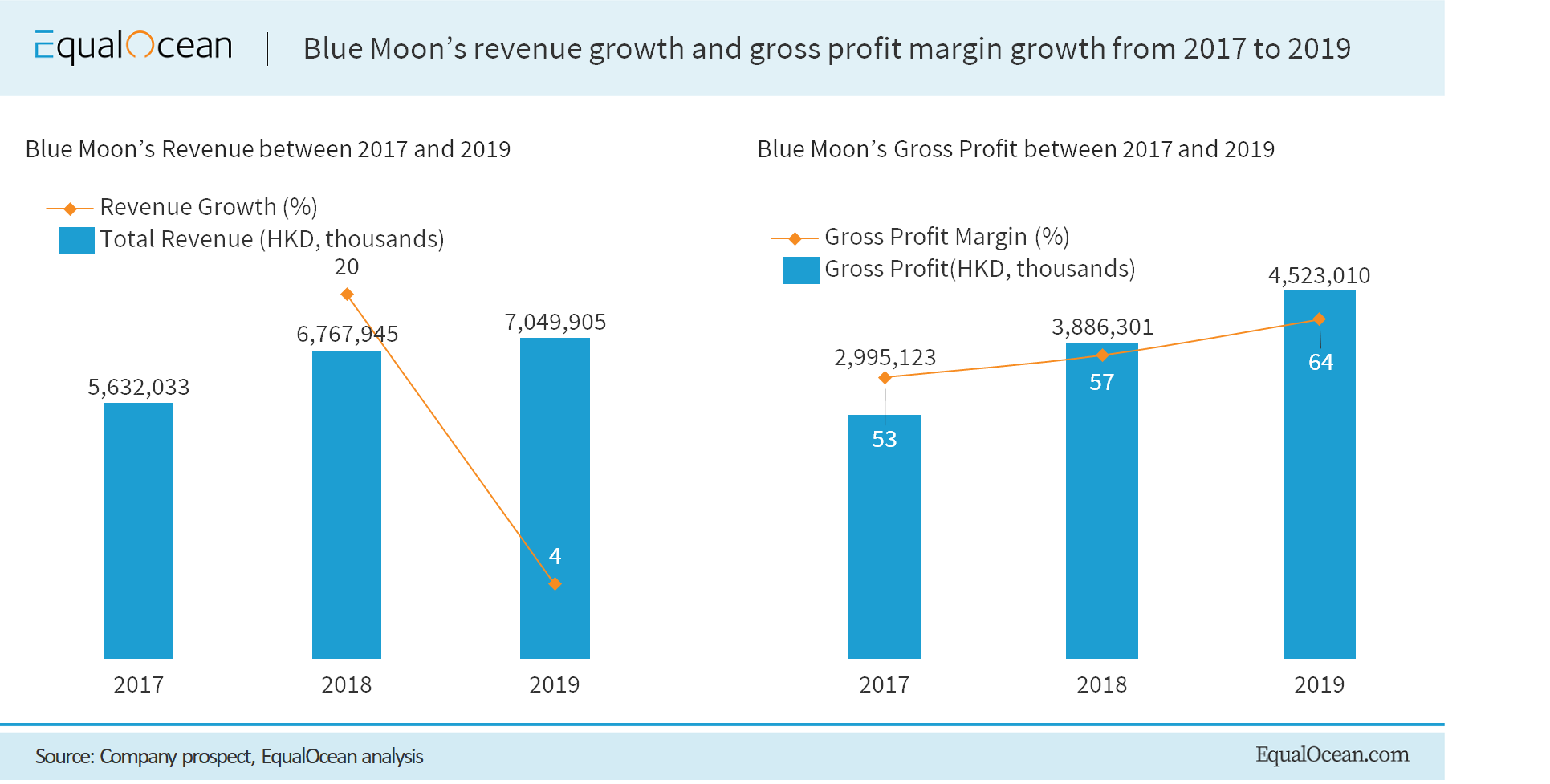 Blue Moon is the earliest player in the Chinese laundry detergent liquid market, and it successfully uses this advantage to maintain itself as the leading player. However, the market has been shifting from being a growing one to a mature one, with more than 80% of penetration rate in cities. Thus, the main point to look for BM's operating performance is its ability to grow its profit margin. So far, its focus on fabric care has helped it develop more than five milestone products popular among consumers, bue the development speed inevitably becomes slower.

It is essential to acknowledge that BM's entrance in the condensed fabric care products subsector was slower than its competitors. Ariel and Liby launched their laundry detergent pacs in 2017, a year earlier than BM realized the condensed material trend and launched its condensed detergent liquid. Undoubtedly, condensed cleansing products will be a rising trend as we see improving living quality in China: how to differentiate their detergent liquid from cheaper options and avoid too intense a price competition in this vertical will be another big challenge for the company.

BM suffers from a lack of innovation – or the operating leverage to support innovations. However, the big gap between some of its products is going the opposite way. For example, its most expensive laundry detergent liquid Zhizun is sold for about RMB 60 on JD.com during a discount while its actual retail price is above RMB 130. This action will not only hurt the company's profit but also disrupt its plan to bring Zhizun on the high-end road. Besides, Blue Moon has many negative reviews from its sales employees – this low reputation may hurt its ability to attract future talent in this area.

Even though Blue Moon provides a wide variety of products, from personal hygiene products to home care products, it still put 90% of its energy in laundry detergent liquid. The laundry detergent competition is growing more and more intense in recent years, with industry growth slowed down to 4.79% in 2019. As a result, this high margin industry, without a high technology requirement, shifts to a price war. There are only traditional brands like P&G, Unilever, Liby, and NIC, but also with cutting-edge new players such as Kao and White Cat. Compared to 2018, BM's fabric care products' average price per kilogram dropped 5.46% in 2019.

Also, even though Blue Moon has been the best player in the field for many years, its leading position is not firm – the second place name, Liby, is just 2% behind its market share. Nevertheless, it is essential to acknowledge that the R&D at Blue Moon has been one of the most successful cases due to the leadership of its CEO, Luo Qiuping. So far, it has obtained a total of 647 registered trademarks, 126 patents and 155 copyrights in China. Many of its milestone products, like collar cleanser, still are hard to find among alternative products from its competitors. From this perspective, it will be best to use its advantage and keep developing new products with outstanding quality. This will be crucial for BM to differentiate itself from its peers.

This article is part I of our analysis on Blue Moon. Please continue to part II.