The genesis of China's micro-financing market has experienced ups and downs over the last decade. 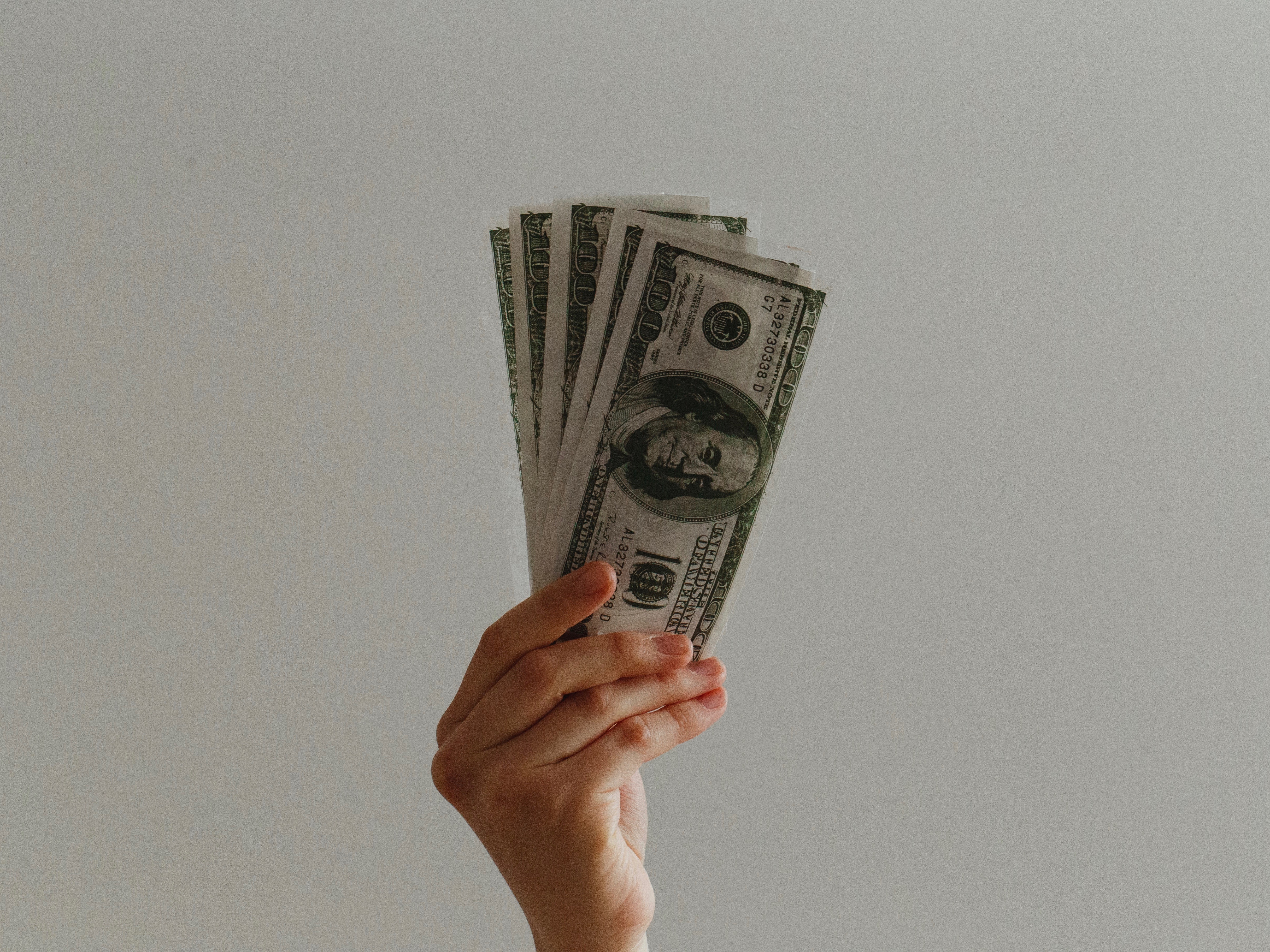 ► The vast market began to be explored in 2007 by commercial banks, then experienced fluctuations over the next five years – and is now thriving.
► The Chinese government is paying more attention to micro-financing, with stronger supports and stricter regulations.

In China, at the inception of 2019, medium to small and micro-businesses held over 90% of the market, contributing over 80% of the employment, 70% of the patents applied, 60% of the GDP and 50% of the tax income, according to the People’s Bank of China. They are a crucial part of China's economy.

However, in the past, they lacked attention from the state, which often left them in a tricky situation, with difficulties in financing – therefore, they had an average lifespan of only three years. According to the World Bank, CNY 17.4 trillion in financing needs were filled in China for small and micro-businesses in 2018, accounting for over 57% of total demand, among which a majority went to small to medium businesses (SMB) with 1% left for micro-businesses. Also, two-fifths of the needs were dealt with in the private sector. 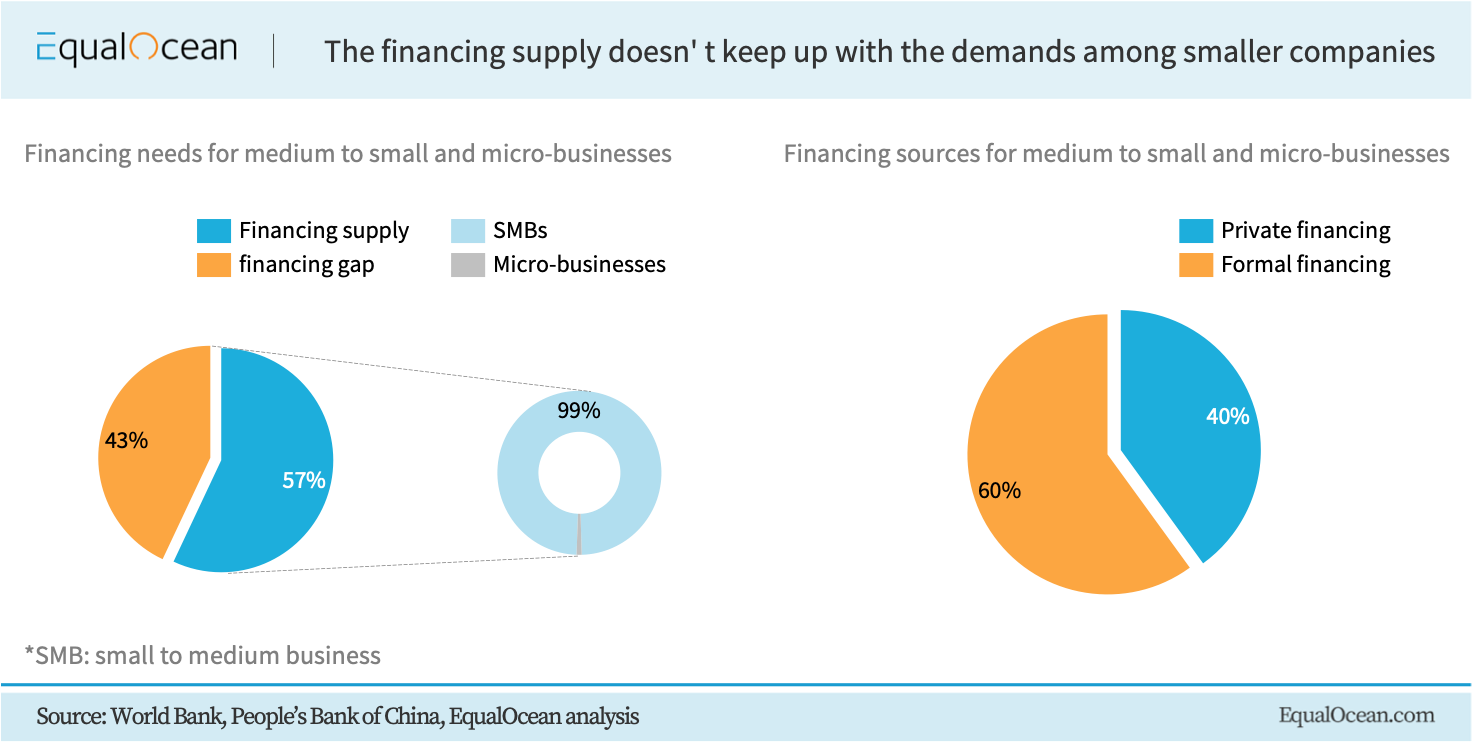 Fortunately, in the past decades, the financial institutions, especially commercial banks, have been evolving in this respect. The development path of China Minsheng Bank (CMSB), the originator of 'micro-finance,' could be a reflection of the growth in China's micro-financing market.

Opening: The vast market starts to be explored

The financing business first started online in 2007, as the P2P platforms evolved, such as PPDai and Yirendai, as well as e-commerce giant, Alibaba. The lending expanded to the small enterprises thereafter, as Alibaba teamed up with China Construction Bank to first introduce a financing product with four merchants from Alibaba’s platform receiving CNY 1.2 million funds.

The product kicked off the policy of official support from the state on the micro-lending business. And the banking sector, which represents the state, began to march towards the vast market.

In 2008, CMSB first introduced 'micro-finance,' and the term has been adopted by the government since then. 'ShangDaiTong' (commercial loans, Chinese: 商贷通), the star product developed by CMSB, became the sample and benchmark for commercial banks thereafter. In order to understand the market, CMSB researched 16 cities in China with over 30 targeted business communities. The results showed that over 83% of the financial needs of SMBs are dealt with help from relatives and friends, 67% of which sums were under CNY 1 million, and 86% were under one-year's maturity. CMSB realized that it was a high hurdle and the complex process of banks' lending impeded them.

The product hit the market with a wild energy. From 2008 to 2012, CMSB helped ten thousands of small to micro-businesses to resist the financial crisis. At the end of 2010, the total lending amount of ShangDaiTong reached CNY 150 billion with a year-over-year surge of 255%.

In 2009, the Chinese government launched a four-trillion-project to help the economy revive after the crisis, which also brought some hidden troubles. The financing demands of medium to small and micro-businesses had pressurized, and the risks were revealed in 2012. With a large number of small enterprises going bankrupt, some commercial banks, led by CMSB, went into a downturn in micro-financing exploration. The business scale started to shrink.

In the next few years, the situation of CMSB got even worse.

The largest followers of CMSB in the space, such as China Merchants Bank and Ping An Bank, launched retail-transformation, subdivided the lending business, making micro-enterprises an individual section. While even still leading the market in scale, CMSB experienced negative growth in the credit lending scale for two consecutive years, which began in 2014, partially caused by the establishment of Alibaba's MYbank and Tencent's WeBank in the two years, which also focuses on providing financing support to SMBs.

Banks and states have both realized that the raw operation model needed to be changed as the market is getting larger. CMSB built a risk management team to control the non-performing loans and refined the entire company, and the business started to approach professionalism.

At the same time, the state started to implement stricter supervision with increasing support as well. The China Banking and Insurance Regulatory Commission (SBIRC) started to release the financing situation for small and micro-enterprises in 2015, and narrowed to micro-businesses with credits under CNY 10 million after 2019. From 2015 to 2018, the lending balance for financial institutions surged by 43%, and the micro-financing ran up by 38% in one year and a half from 2019 to the second quarter of 2020. 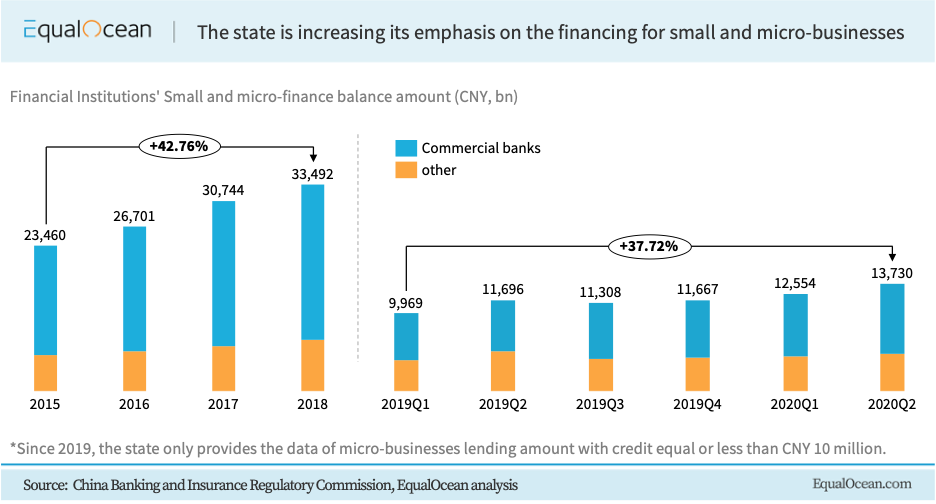 A new era for the micro-financing market is coming.

As more internet companies take to the market with advanced technologies, micro-finance is starting its digital transformation.

Since 2017, CMSB has applied a 'digital + technology' strategy to the micro-financing business and expanded it from solely lending to the structure of a comprehensive service that covers the entire lifecycle for medium to small and micro-enterprises, including settlements, wealth, and accounts management. Furthermore, it first achieved the mortgage application and approval process, making it 100% online, and turned the targets from SMBs to micro-businesses.

After this, MYbank, an online bank that has focused on micro-lending since the very beginning, teamed up with CMSB on 'contactless lending' with the loans issued fast – in a matter of seconds. As for now, it has cooperated with over 400 financial institutions and offered over CNY 3 trillion to more than 17 million small and micro-enterprises.

Now, the micro-financing market is becoming more and more systematic. Businesses with credit of over around CNY 500,000 are taken care by large commercial banks, the financing of relatively small ones with an average loan scale of CNY 30,000 is provided by online banks such as MYbank and WeBank, while the middle zone is filled by some non-banking financial platforms.

Players are competing and also collaborating. Internet companies with technological advancements are cooperating with financial institutions to provide more intelligent services, and banks themselves are also unwavering in their drive to develop and research new technology applications.

In the next few years, the medium to small and micro-businesses are likely to boom and become healthier. This will propel the development of CMSB and the likes.