Perhaps the most open and pragmatic Chinese state-owned automobile manufacturer, GAC has stepped ahead of the trends in EV and AV technologies through its long-term investment in R&D and its wide collaboration with tech giants and emerging forces. 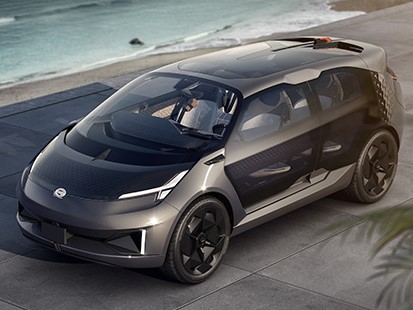 ► The most open state-owned automobile OEM in EV/AV. Unlike most traditional manufacturers that focus on economical EVs (with price less than RMB 150,000), GAC firmly entered the mid-level EV market to compete with emerging forces like NIO, Xpeng, and Tesla. Based on its accumulation in vehicle assembly, GAC is also developing EVs jointly with NIO.

► A focus on new energy vehicles due to unsatisfying performance in the traditional market. GAC is less competitive in traditional vehicle sales compared to other traditional OEMs like SAIC and BAIC, which deteriorated during the COVID-19 crisis. In the long-term of disadvantaged competition, GAC has built the characteristic of pragmatic and open to new opportunities. That makes GAC having the fastest moves in new energy vehicles.

GAC is one of the leading traditional Chinese automobile manufacturers. In the downward moving automobile market that’s been the norm since 2018, GAC's vehicle sales, especially sales of its domestic brands, have had a notable decrease. This is forcing GAC to upgrade its products for the intelligent vehicle industry at a fast pace to successfully occupy the market. 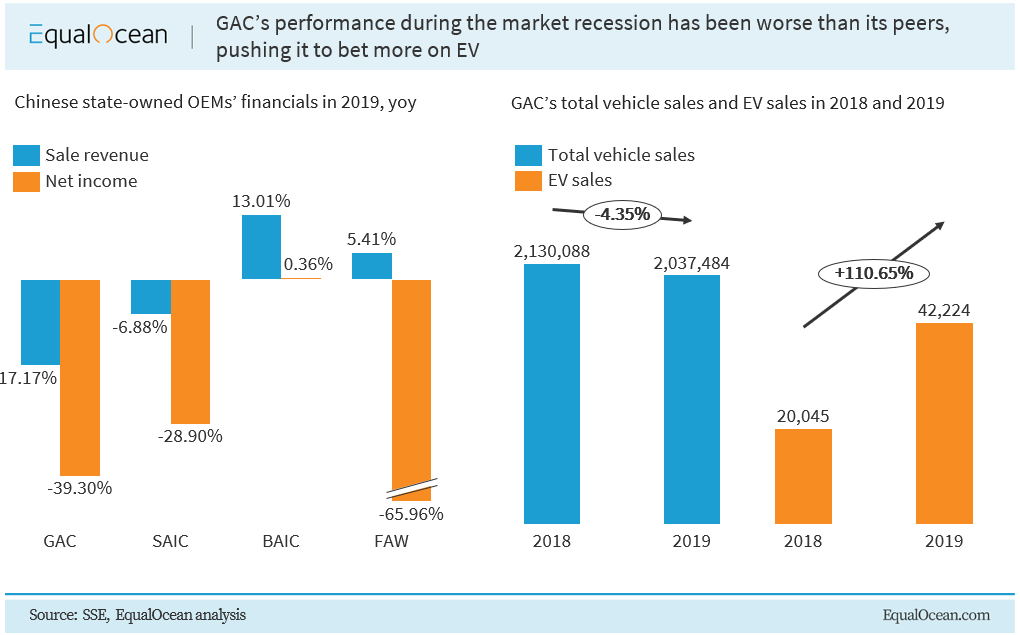 GAC has put a notable effort into its R&D. The increase in R&D expenses in 2018 was the most dramatic. In 2019, although there was a sharp decrease of the sales and revenue, GAC's R&D expenses increased slightly to CNY 5 billion, which accounted for more than 8.4% of its total sales. Such a proportion is also much higher than its peers. The large amount of investment brings higher pressure on GAC's financial status, but also solid accumulation for its transformation to new generation vehicle manufacturers. 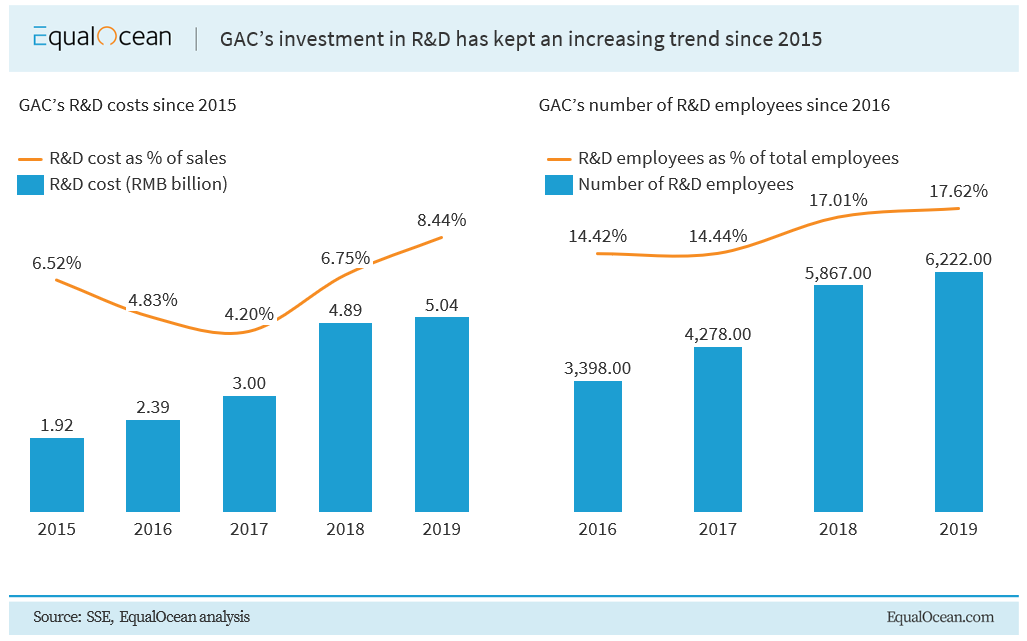 GAC has been keeping up a fast pace in the commercialization of electric vehicles and autonomous driving. The company founded its EV brand GAC New Energy (GAC NE) in 2017. Since 2019, GAC NE has released the Aion series of EVs, including various models at the mid-level. Unlike most traditional manufacturers that bring mainly economical EV models to the market for the support of local policies and subsidies, GAC NE is trying to enter the CNY 150,000 to 300,000 level EV market by improving hardware quality and autonomous driving system. GAC NE is now most famous for the Aion S model, a passenger car with Level 2 (L2) autonomous driving system and 510 km driving range, with price range from CNY 139,800 to 205,800.

Mid to high level EV was considered as the arena for emerging forces. Chinese domestic EV companies such as NIO and Xpeng are facing fierce competence with Tesla, which has just launched production lines in Shanghai. GAC is the first traditional state-owned automobile manufacturer to firmly enter this market. Although the future is not promising, GAC's accumulation in vehicle manufacturing and its spirit of innovation are desirable qualities in the new energy vehicle industry.

As one of the most marketized Chinese traditional OEMs, GAC is labeling itself as the challenger to Tesla in the Chinese market. In 2020 April, GAC NE launched its model Aion LX, an electric SUV with similar price level of Tesla Model 3. Aion LX is equipped with an L3 autonomous driving system – ADiGO Pilot.

ADiGO is GAC NE's intelligent vehicle system, released in July 2019, which integrates autonomous driving, connected vehicles and smart cockpit technologies, etc. It's 2.0 version for Aion S had reached L2 of autonomous driving and the newest version moved the technology forward. The development of AdiGO is led by GAC and backed by tech giants including Tencent and Huawei. By inviting technological leaders in connected vehicles and 5G connections for assistance, GAC has owned leading autonomous driving systems compared with its peers without being dominated by technology providers. On the contrary, SAIC's development of vehicle intelligence has come into a dilemma due to its technological reliance on tech giants.

In April 2018, GAC and NIO (NIO:NYSE) founded joint venture GAC-NIO, which focuses on the development, manufacture and sale of EVs. GAC and NIO hold equal proportion of shares. The collaboration shows GAC's innovation as the most open and pragmatic state-owned automobile manufacturer.  By introducing NIO's experience in vehicle intelligence systems and customer-oriented service, GAC will be closer to the fresh new energy vehicle sales procedure that is now led by the emerging forces.

At the beginning of 2020, GAC-NIO launched its first SUV model – HYCAN 007. That is, GAC-NIO had finished R&D, manufacturing, testing, and selling in just one year and a half. In its detail, the hardware of HYCAN 007 resembles GAC Aion LX, with sales model and customer support following NIO's approach. So, for GAC-NIO's development so far, GAC is closer to the leading position, which may not be a stable mode of long-term collaboration if NIO is not able to add more value for the R&D.

The founding of GAC-NIO shows the value of the solid manufacturing capacity of GAC. NIO formed the alliance with GAC seeking for the support in vehicle manufacturing. Emerging forces of EVs do not have rich experiences in vehicle assembly. NIO provides its own models by contract manufacturing with JAC Motor. The joint venture becomes a new chance for the auto manufacturer to play a more leading role while collaborating with emerging forces. It is also a positive sign for GAC and NIO to have further cooperation.

GAC's development of EV and autonomous driving is at the forefront of traditional Chinese automobile manufacturers. With an emphasis on the commercialization of the cutting-edge technologies, GAC successfully catches customers' eyes with a series of premium and mid-level EV products. GAC's focus on new energy vehicles is the result of both its open attitude and relatively weak performance of traditional car sales compared with other state-owned automobile OEMs.

CONTACT US
Scan QR code to contact us for professional consulting services
Next article
Is China's BeiDou a Better Version of GPS and GLONASS?