SMIC to Land on Star Market in July

This may be the largest initial public offering on China's Nasdaq-style board, one which might further increase investments in China's semiconductor industry. 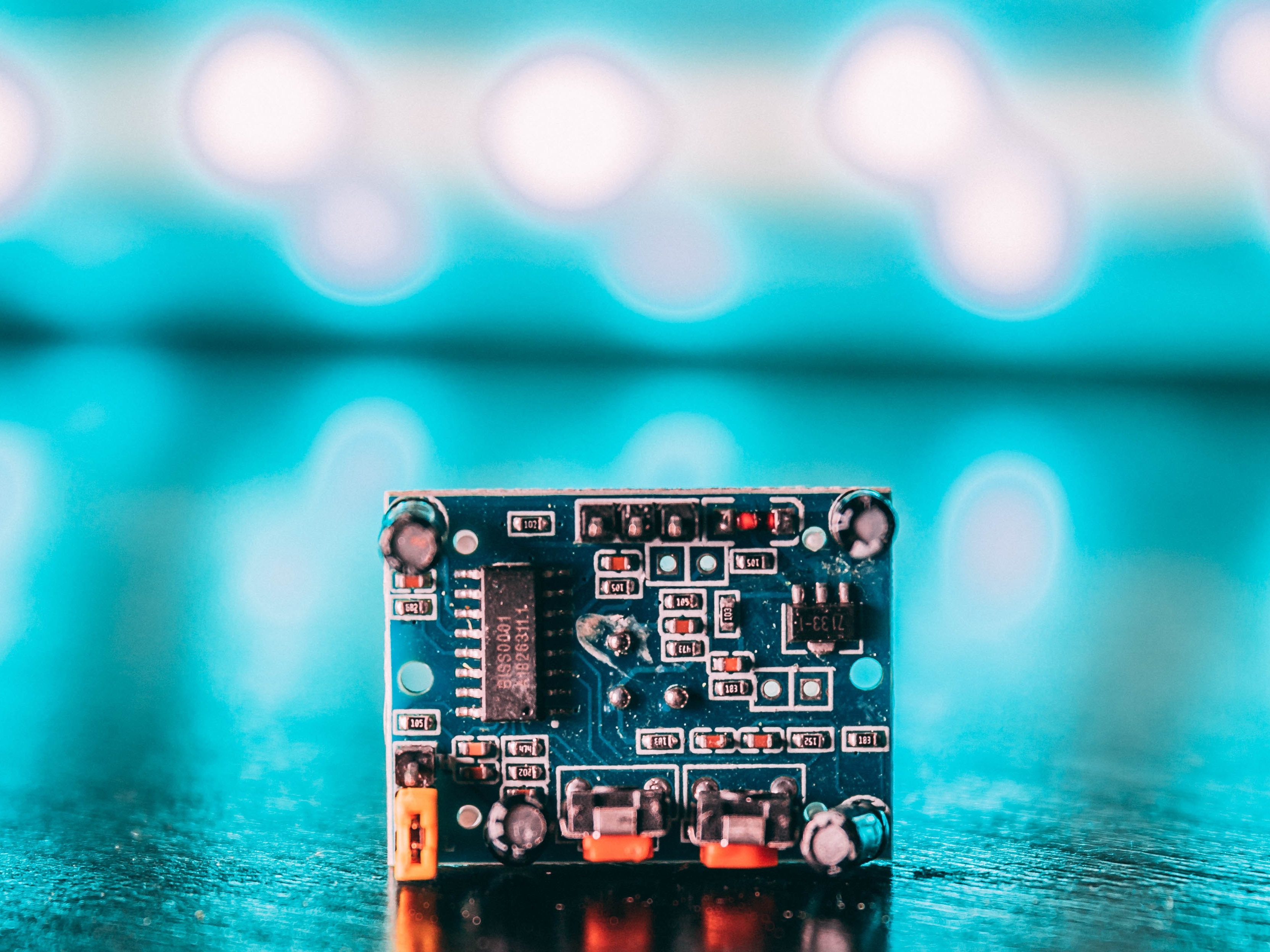 ► It raised an enormous fund to accelerate R&D and increase working capital.

The Shanghai Stock Exchange (SSE) disclosed SMIC’s prospectus on June 1. After 19 days, the listing committee of Star board has finally approved its IPO. As a result, the firm will go public next month, and its financing scale will set a new record on the history of the Star board.

The Chinese chipmaker is one of the largest chip foundries globally, with over 10,000 employees. Moreover, it is the largest circuit chip manufacturer in China by its production line size, providing integrated circuit (IC) foundry capacities ranging from 0.35 micron to 14 nm.

The firm was founded in 2000, yet the first few years were not easy. From 2004 to 2012, the integrated circuit maker SMIC was in an intellectual property dispute with Taiwan Semiconductor Manufacturing Company (TSMC). After 2012, SMIC changed its strategy, in a move to increase its operational efficiency. Over the past 20 years, SMIC has transformed its chips from 250 nm to 14 nm.

Considering the current global politic-economic environment, SMIC's plans for the STAR market listing are reasonable. Firstly, there are relaxed listings thresholds in the STAR market for chipmakers like SMIC. Secondly, keeping trading in the US market would not benefit this chip-manufacturer. Due to its low trading volumes of American depositary receipts (ADRs) and high-executive compensations, SMIC was delisted from the New York Stock Exchange (NYSE) on June 13, 2019. Last but not least, the China Securities Regulatory Commission (CSRC) has lowered the threshold for red chip firms to return to A-share market. Moreover, the US has stopped exporting chips to Huawei, which has triggered the collaboration between Huawei and SMIC. Thus, this situation suggests it is an appropriate time for SMIC to go back to China.

Regarding SMIC's intended fundraisings, USD 2.8 billion is comparatively large, surpassing the railway communications giant China Railway Signal & Communication Corporation’s (中国通号) USD 1.5 billion fundraising. In other words, SMIC’s massive fundraisings imply investors’ confidence for its promising future. With its IPO in July, this amount would also surpass SMIC's past fundraising. On November 28, 2017, SMIC raised USD 0.972 billion totally from equity portfolios in the Hong Kong Stock Exchange (HKSE). These fundraisings were quite smaller when compared with US$2.8 billion. As for the value per share, SMIC would issue for US$0.004 per share, the same as its H-share. 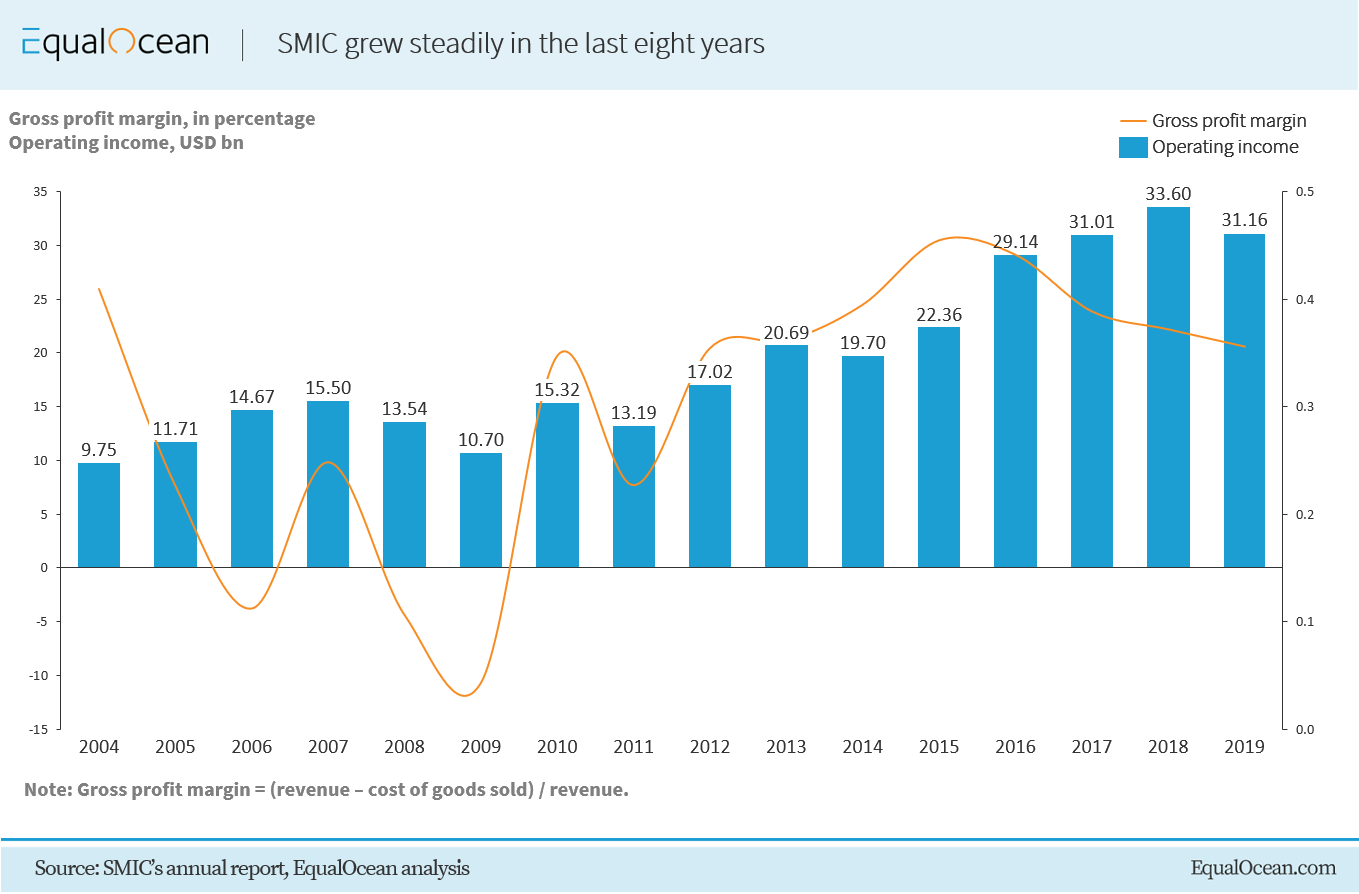 When comparing semiconductor firms, the ratio of R&D expenditure to operating income should not be ignored, as it can show the efficiency of firms’ spending on R&D. As for domestic comparisons, SMIC owned the highest ratio of R&D expenditure to operating income for 22%, quite higher than the second-ranking firm United Microelectronics Corporation’s (联华电子) 8%. Meanwhile, in the global market, there is still a gap between SMIC and other international chipmakers, such as TSMC. For instance, TSMC made its thinnest chip to 7 nm, while SMIC's thinnest one is still 14 nm. 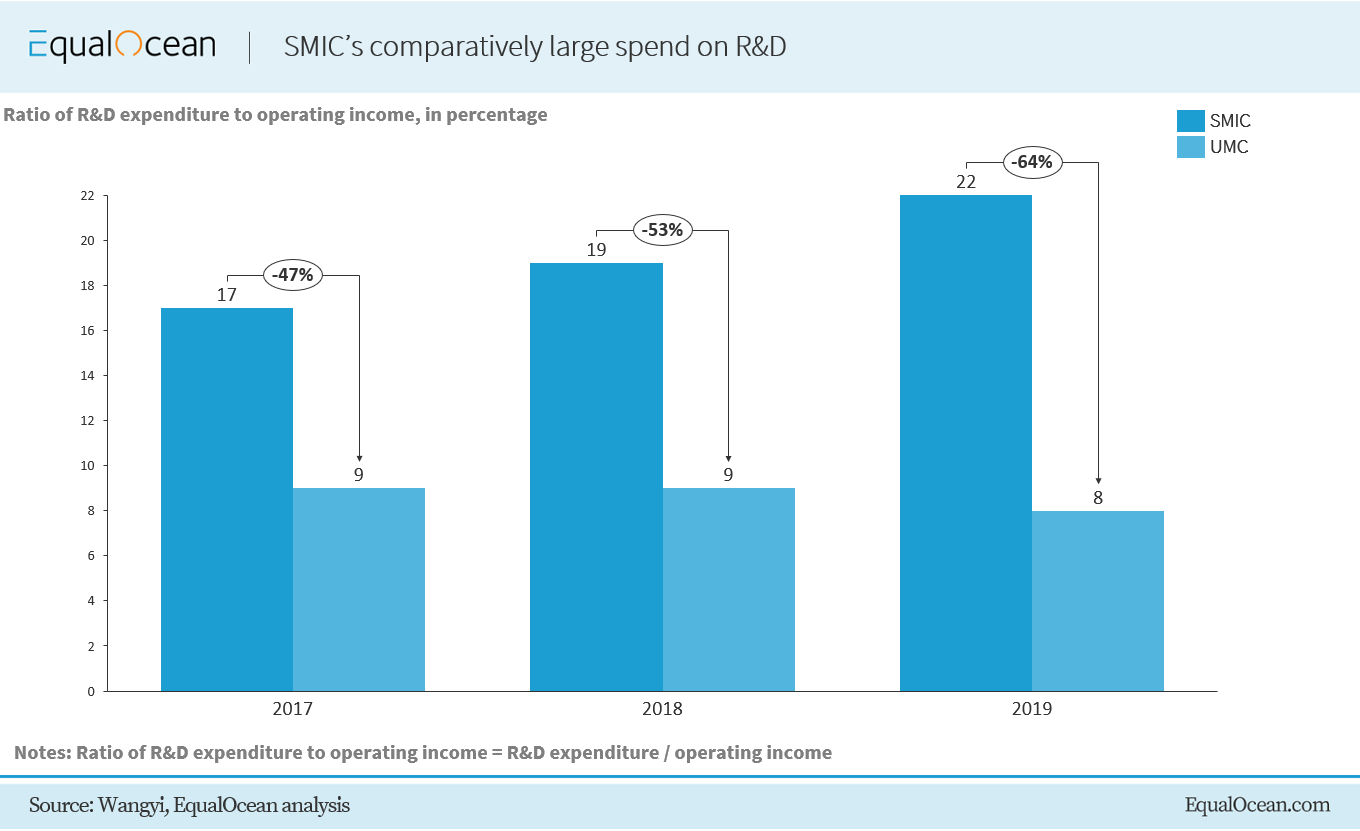 In a word, stepping into the Star market is a turning point for both SMIC and China's high-tech industry. Although there is competition from global firms like TSMC and Samsung, the Chinese chipmaker is trying to catch up with them. Specifically, it is making every effort to make its chips smaller, to 7 nm. The potential collaboration with Huawei could also be seen as an example. Moreover, it could prompt other China concept stocks to return later.