The Last Word about the Last Mile? Segway-Ninebot Needs More Funds in 2020

Will the key supplier of Bird, Lime, Lyft and Uber succeed in its ambitious endeavor, and finally go public on the Star Market? 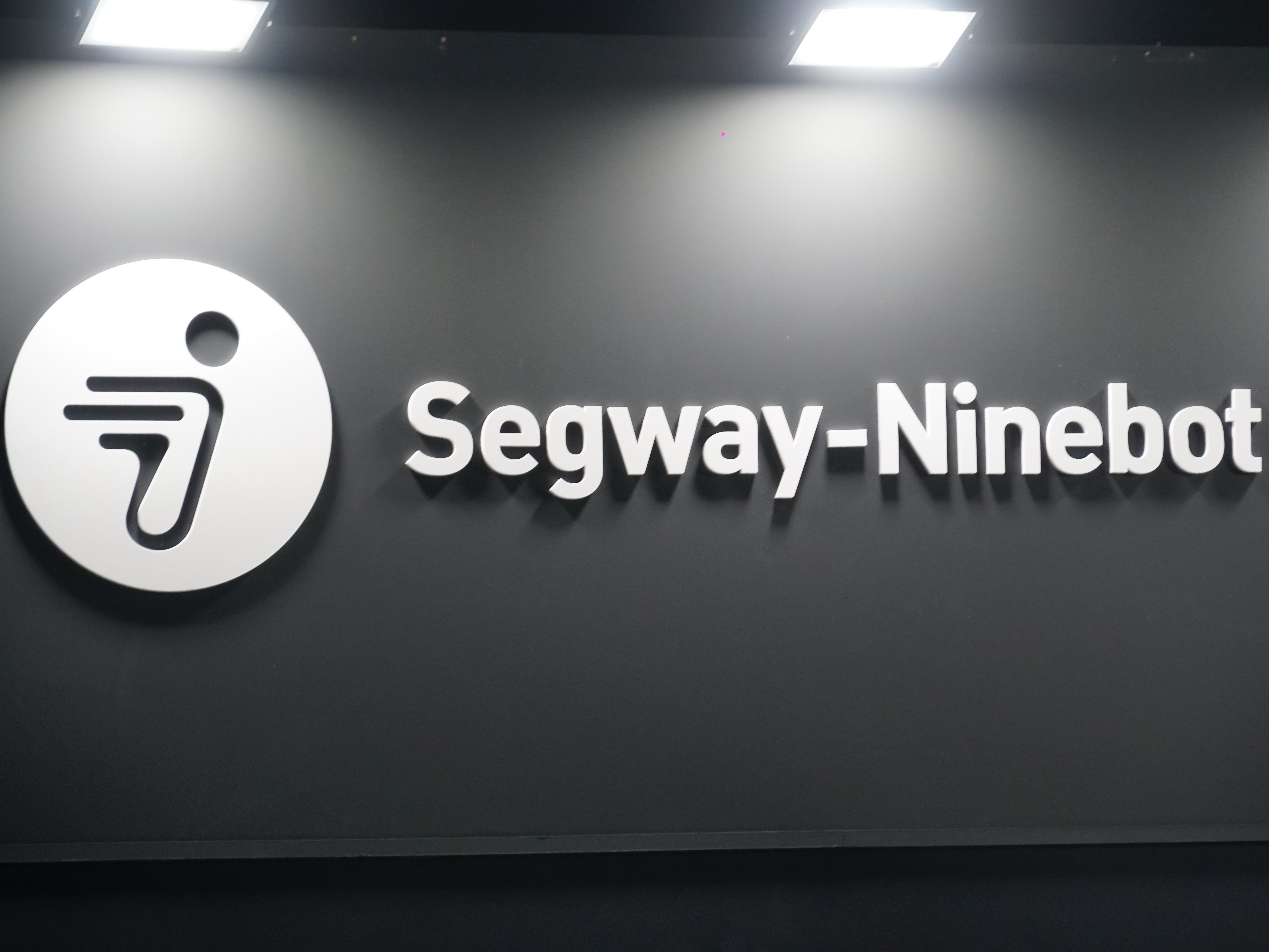 ► Segway-Ninebot is making its way through the IPO pipeline on the Shanghai bourse’s tech board.
► There are some cautionary notes to sound about its business.

Micromobility is part and parcel of urban transportation. Since the first waves of expansion in the world’s megacities at the beginning of the previous century, strategists worldwide have been puzzling their heads over the last mile, a long-standing problem in this critical domain.

Another group of people striving to accelerate ‘short distance’ intracity travel is tech entrepreneurs seeking gold mines in the fledgling field. Dean Lawrence Kamen is one of them. In the nineties, he invented Segway – a scooter that was projected to revolutionize the way we move on foot. He also started a company to step up mass production.

Founded in 1999, Segway Inc. has gone through peaks and valleys and ended up being acquired by its young Chinese nemesis Ninebot sixteen years later. The two then quickly enmeshed, integrating the supply chains and optimizing the consolidated market mix. As of the end of 2019, they were selling transportation devices across over 100 countries and regions, having a 2300-strong team based in a handful of offices worldwide.

In April 2019, Segway-Ninebot (SN) filed a prospectus, heading to the new Nasdaq-style board of the Shanghai exchange – the Star Market. (Check our latest quarterly overview of the venue.)

At the time, it was the first red chip company (PDF) to file a prospectus, planning to land on the sci-tech marketplace. Another – and, arguably, the most crucial – trait of that proposed listing was in the micro vehicle producer’s financial status: the firm was yet to make a profit, reporting net losses of CNY 158 million, CNY 627 million and CNY 1.80 billion in 2016, 2017 and 2018 respectively.

Neither did it break even in 2019. However, SN saw a great deal of progress that year. While its annual operating income inched up by 8%, reaching CNY 4.59 billion, the net loss declined significantly to CNY 459 million, nearly 75% below the 2018 levels. Its unprofitability has been causing intense scrutiny from the market regulators and, consequently, the company’s one-year-long stay in the IPO pipeline. 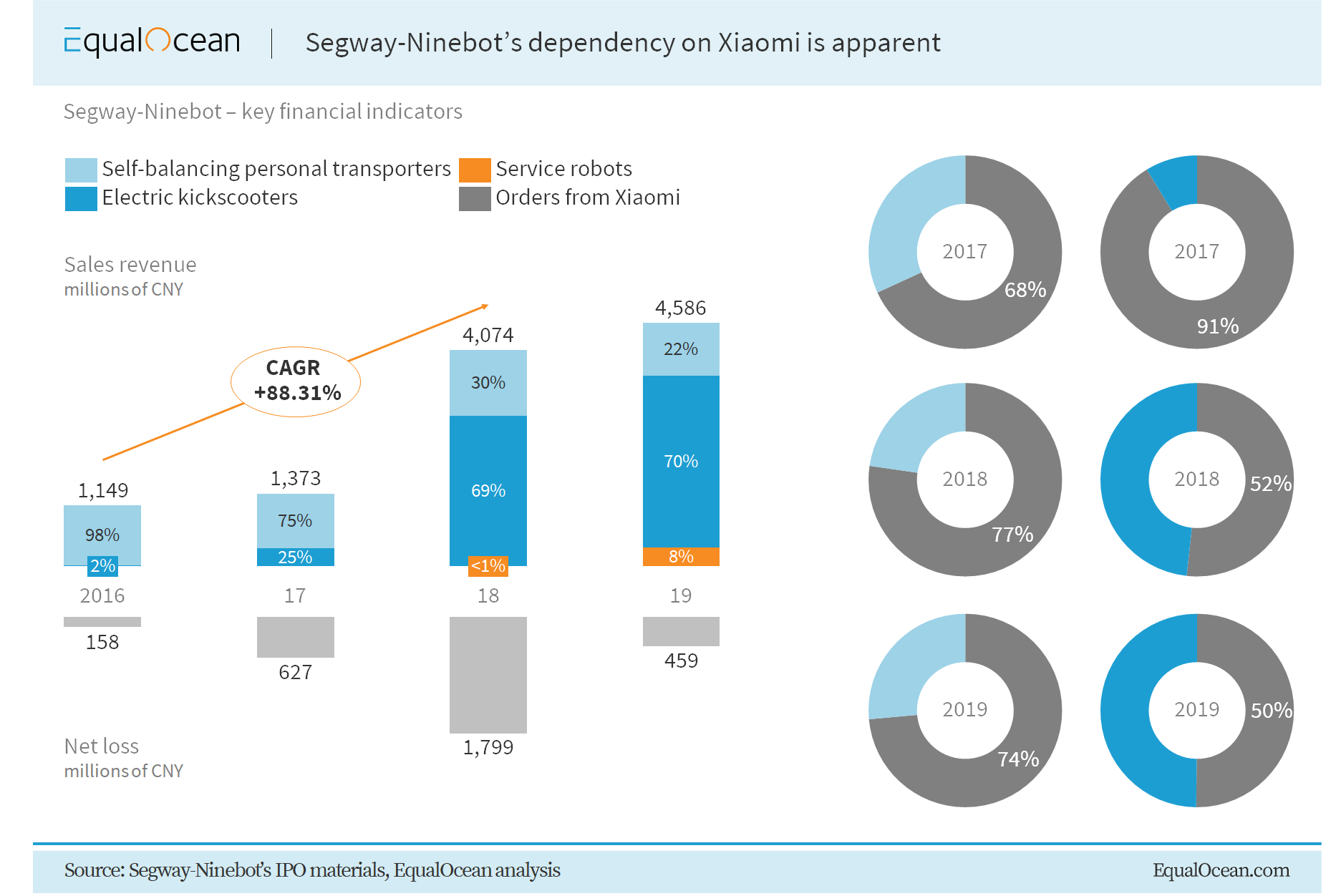 Like many firms at the technological forefront (look at the infamous Luckin Coffee, for instance), Sequoia-backed SN is a cash-burning machine. A 2B hardware developer, it spends the venture capital differently from the fast-growing Internet companies, however. Below, we list and analyze three main challenges the mobility tools producer is currently facing.

Xiaomi – the one and only

In an early article, EqualOcean noted that the danger of dependency on one client was among the principal risks of SN’s IPO filing. This hasn’t changed. Last year, Xiaomi Group (01810:HKEX) accounted for over half (52.33%, to be more precise) of the transportation hardware maker’s sales revenue.

Although this number is lower than 2018’s 57.31% and 2017’s 73.76%, it is quite obvious that SN’s commercial success depends on orders from the Hong Kong-listed electronics corporation. This is enough to be concerned, given the electronics corporation’s continuous experiments with the production scope. If SN eventually completes the IPO, public investors will need to follow Xiaomi closely.

Meanwhile, such an imbalanced downstream is harmful to the company’s revenue. By default, the gigantic Xiaomi is better geared up for price negotiations. This hypothesis has already been proven empirically: although the new models are typically more costly, SN has been making discounts for its largest customer, which, in turn, has been pushing the prices down over time. For one, in 2019, the firm was selling personal transporters at around CNY 1,400 per unit to Xiaomi and a few other associated companies – nearly 70% of the average check received by the rest of its client base.

The tough margins dictated by the competition and wayward demand for micro transportation tools have prompted SN to develop alternatives, widening its market mix. As a result, in 2017, it started mass production of a series of multifunctional advanced personal robots developed together with Xiaomi and powered by Intel. The transition has been somewhat sluggish though. In 2019, the new category made up less than 8% of the manufacturer’s revenue.

In the same period, the firm allocated over CNY 255 million to fundamental research – almost four times more than in the previous year. Clearly, SN is not satisfied with the status quo and is preparing to enter other segments with new products – or just trying to meet the Shanghai exchange’s requirements.

Most of the contracts with key overseas counterparts such as Bird, Lime, Lyft (LYFT:NASDAQ) and Uber (UBER:NYSE) entail months of manufacturing. A sharp lack of cash is thereby likely to show up in the second half of 2020. Moreover, the picture can change if the prolonged-pandemic scenario plays out.

Confronting these and some other challenges, Segway-Ninebot has found itself in a do-or-die situation. To ameliorate their negative effect and stay buoyant in the vulnerable times, the loss-making upstart has to find alternative financing sources. No wonder it intends to go public à tout prix.