The intelligent cockpit has been the firm’s core business, taking up 90% of revenues; Desay SV is pivoting towards ADAS and IoV to capture opportunities in the era of autonomous driving. 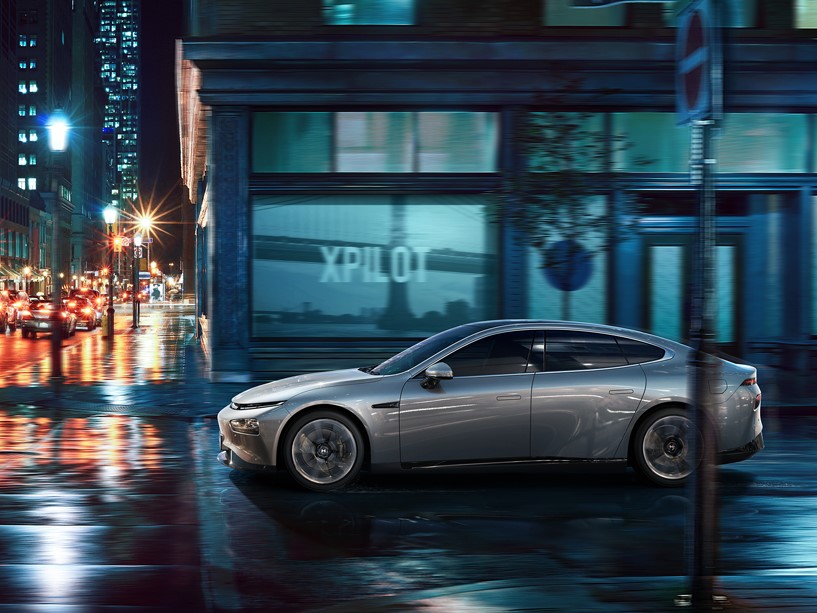 ► The ADAS market consists of three main kinds of companies. As a tier-1 manufacturer, Desay SV (002920:SZSE) has reached strategic cooperation with another two types of firms.
► There are discussions on the prospects and safety of IoV and the penetration rate is not high. IoV is the technical prerequisite for intelligent cockpits and autonomous driving.

China, the world's major auto market, has entered a stage of low growth in the period since 2017. The Chinese auto market experienced its first decline in vehicle sales in 2018, and automakers are facing a slowdown in new car demand. Now the auto industry needs to find the next growth engine. Desay SV's 'SMART' strategy to research self-driving and the Internet of Vehicles (IoV) has helped the company to capture the opportunity of the next decade.

The company's intelligent cockpit business mainly consists of three main products (Infotainment Systems, Display Systems, Information and Control Systems), which account for over 90% of its revenues. This declined to 91.2% in 2019, the lowest number in the last five years. 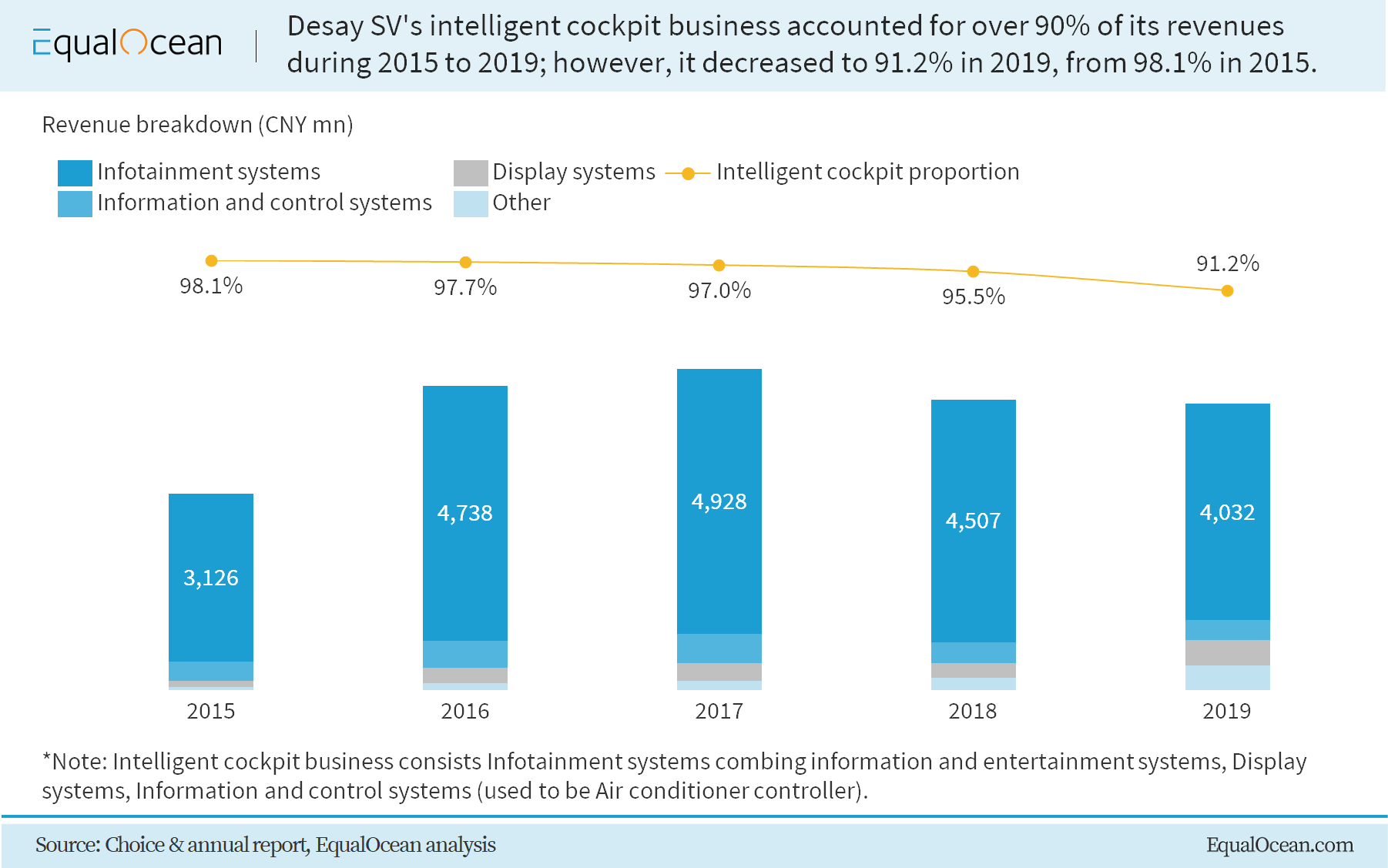 As the most important and mature business of the company, the infotainment system's gross margin remained stable from 2015 to 2018. By comparison, to enter the self-driving and IoV markets, Desay SV increased investment in R&D for new technologies; for example, in 2017, the number reached CNY  418 mn, accounting for 6.96% of the company's operating income. That’s why the gross margin of two new businesses decreased in 2017 compared to 2016. 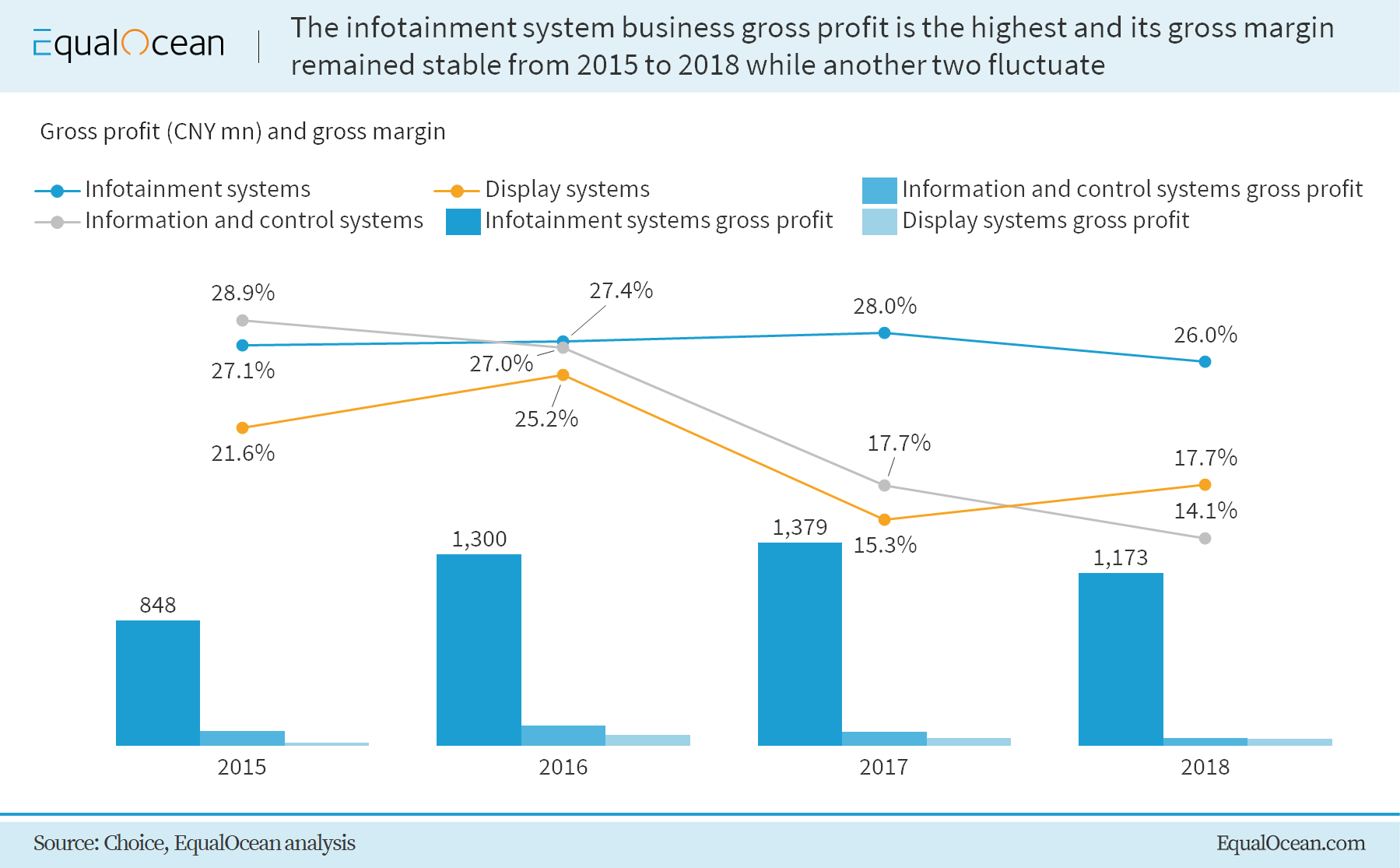 For the self-driving business, ADAS products have been mass-produced, and the sales increased by more than 100% YoY in 2019. The company's L3 autonomous driving domain controller has been carried out in Xpeng P7 this year, while 360-degree HD ring-view systems and T-Box products are already available on multiple models.

In terms of the IoV business, the firm set up an IoV team in 2018 and has now mastered core technologies, including cloud online upgrade, network security, big data analytics and applications. It has achieved IoV platform, OTA and networking software system projects, gradually realizing a commercial landing.

Driving assistance technologies used in the transition phase can be classified as Advanced Driving Assistant System (ADAS). Nowadays, L1-L2 intelligent cars are ready to achieve mass production, and major automobile manufacturers and R&D teams are stepping up the research and development of L3 and above products.

There are three kinds of players in the Autonomous Driving industry landscape: Internet, Tier 1 and vehicle manufacturers. Among them, Internet manufacturers have a complete ecosystem, OEMs are at the top of the industrial chain with the strongest bargaining power and have mature R&D, production and supply chain systems. As for tier-1 manufacturers, they have strong system customization capabilities, rich vehicle hardware development power and rich experiences in cooperation with car firms.

Generally, the innovative technology of high-tech companies must be integrated through Tier 1 suppliers to enter the car and achieve mass production.

According to data from Bain & Company, in 2016, the global autonomous car market size reached around USD 8 bn, and is expected to reach between USD 22 and 25 bn by 2025 if low or high performance is realized, respectively.

The company has joined hands with different technology companies. It cooperates with Baidu in R&D of high-precision maps, self-locating, automotive environment perception and decision-making and so on.

Desay SV's L3 level intelligent driving system is planned for mass production in 2020. At present, its ADAS series products are mainly promoted by Chery and other independent brands. The company is also trying to sell ADAS products to overseas automakers such as Mazda, Toyota, Volkswagen, etc.

Controversy still exists around the core technology of the IoV. The foundation and key technology are Intelligent Connected Vehicle Technology (V2X), which is composed of two major technical camps in the world. One is a relatively mature Dedicated Short-Range Communication (DSRC) solution led by IEEE with low latency and high reliability, supported by traditional car companies and chip companies. The other is LTE-V solution led by 3GPP, mainly promoted by Huawei, Ericsson and other telecommunications companies.

At this stage, the realization of IoV has to rely on 2G, 3G and 4G signals. With the deeper development of autonomous driving technology, IoV can provide intelligent traffic management, intelligent dynamic information services and vehicle intelligent control, etc. Intelligent vehicle electronic technologies, and V2X and 5G will be widely used.

As the technology standard has not yet been unified, the industry has been discussing the prospects and safety of the IoV for years. As a result, the current penetration rate of the IoV is not high. Data from the ‘Report on the Fusion Development of Chinese Automobile Enterprises and New Generation Information Technology (2019)’ by nbc.com and National Industrial Information Security Development Research Center shows that, in 2018, the penetration rate of new ICVs reached 31.1%.

Internet giants have shown a strong ambition in the layout of IoV. Baidu released the complete artificial intelligence connected car solution for surface production through the Apollo open platform-Xiaodu Car OS. Huawei has established a 5G vehicle ecosystem with 18 car companies, while Banma’s VENUX system has been carried in more than 400,000 vehicles and Tencent launched its TAI 3.0 in-car intelligent system on January 7, 2020.