Plant and Financing in Place, BYTON: We Are Fine

According to Byton, the company now has more than 1,800 employees, 500 in Silicon Valley and 100 in Germany, with the rest stationed at its headquarters in Nanjing. 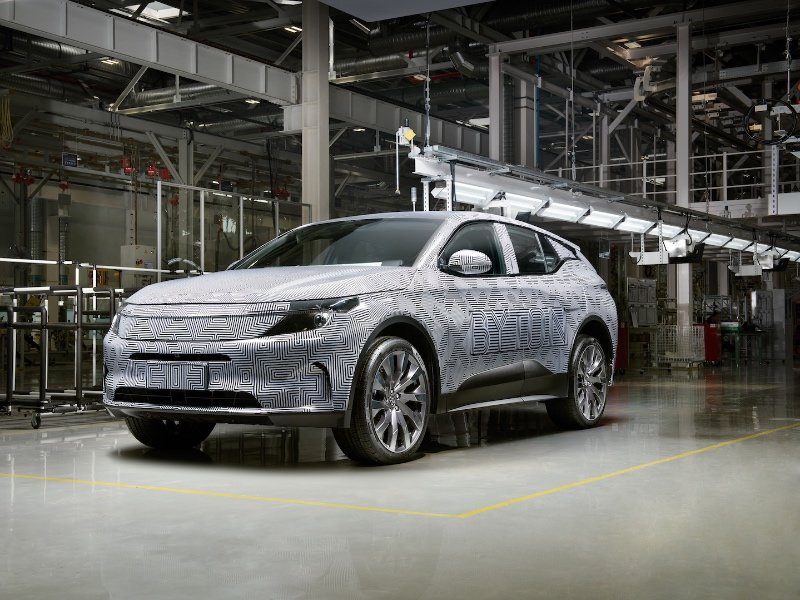 On May 8, Byton opened its production base, Nanjing plant to the media and partners for the first time. The production base is located in the economic and technological development zone of Nanjing, covering an area of 1200 mu ('mu' is a unit of area in Chinese, 1 mu=0.1647369 acre), with a total investment of over CNY 11 billion.

The first phase of the plant project was laid in September 2017. The five major plants, including stamping, coating, welding, final assembly and battery, have entered the stage of equipment installation and commissioning. It is understood that the plant will start trial production in the third quarter of 2019.

According to Byton, its welding workshop is equipped with 335 customized robots, with an automation rate of 99%. The coating workshop can provide anti-corrosion effect for more than 10 years through horizontal drying technology, three coating and two baking, film pretreatment and other processes.

In addition, Byton's assembly plant uses the same assembly equipment as Tesla's, and each worker completes at least 7,500 cycles of the job before mass production. As for capacity, the first phase of Byton Nanjing plant is planned to produce 150,000 units per year. With the improvement of efficiency, the plant will eventually produce 300,000 units per year.

“As CEO, I'm going to focus on three things for the most part:

First, push forward the production of Byton at the end of the year.

Second, as we get closer to production, the sales market becomes very important. This is an area where I have more experience.

Third, we will continue to improve the operation quality of Byton, including cost control and enterprise efficiency. In the current environment, any startup company should consider not only making a good product but also cost control, which is our very core work.” Dr. Daniel Kirchert told the media at the scene.

The Byton M-Byte was publicly unveiled at the 2018 Consumer Electronics Show. The car was originally called the Concept, however, this was revised to M-Byte, when the K-Byte was unveiled. It has a 48-inch-wide video screen and will feature in-car gesture control technology. It is expected the M-Byte has a starting price of USD 45,000 and 250-mile range upgradable to 323 miles.

The car body uses a steel-aluminium hybrid process, which helps keep the price of the vehicle at around CNY 300,000. The platform also supports deep OTA upgrades, 5G network hardware and the new Byton operating system.

The vehicles are required to meet safety and quality standards in the three locations, as the model will be sold simultaneously in China, the United States and Europe.

At present, nearly 100 M-Byte engineering prototype has been produced, and have been put into various tests, including passive safety, powertrain, braking system, NVH, aerodynamics, HVAC, durability and other test items. The upcoming test items include active safety, ADAS, high-temperature durability, UI/UX, network connection and so on.

In terms of intelligent design, Byton M-Byte has attracted attention for its large 48-inch central control screen and steering wheel touch screen, but there are still questions about whether users will accept such a big change in operation mode. Its the largest screen you will find in the automotive industry by far, while at a first glance it might seem distracting because of its sheer size, Byton mentions it does not interfere with the driver's line of sight.

The 48-inch touchscreen is the highlight of the car, differentiating it from anything else coming soon, and the display will be quite useful when the self-driving technology arrives.

According to CONG Haoren (丛浩仁), Vice President of Byton's digital engineering, there are two solutions to the user acceptance problem.

First, Byton has built a simulator that allows potential users to sit in a simulated vehicle environment, observe how they operate these infotainment systems and monitor and evaluate user responses.

Second, Byton's "intelligent manufacturing officer" project has carried out several rounds of activities in Shanghai, Nanjing, Europe and the United States, allowing potential consumers to discuss with designers and engineers and give feedback.

Byton's latest shake-up is notable. At the 2019 Automobile Shanghai, former Byton board Chairman and CEO Dr. Carsten Breitfeld (毕福康) made public the news that he had left Byton and joined ICONIQ (艾康尼克) as CEO.

So Dr. Carsten Breitfeld didn't participate in the actual operation of the company, and Byton achieved a smooth transition. According to Byton, the company now has more than 1,800 employees, 500 in Silicon Valley and 100 in Germany, with the rest stationed at its headquarters in Nanjing. In the second half of the year, with the production staff, the total size will reach about 3,000 people.

In addition, for the C round financing news disclosed by foreign media on May 7, Dr. Daniel Kirchert also made the first response at the open day activities.

He confirmed that Byton's series C financing will be announced before the end of June. FAW group has started due diligence on leading investment in Byton's series C financing, several other institutions are also involved. He mentioned in particular that this round of financing received support from the Nanjing government. However, Byton did not specify in what way the Nanjing government supports the company.

Although nothing important has been announced, the opening of the plant is of great significance to Byton, which is currently in the vortex of public opinion. With factories in place, executives pulling together and financing in place, Byton seems to be saying: we're fine.