We spoke to employees at Palantir, one of the Silicon Valley’s most secretive companies, and learned about its business models. We then pick three Chinese rising startups in the same industry as Palantir. 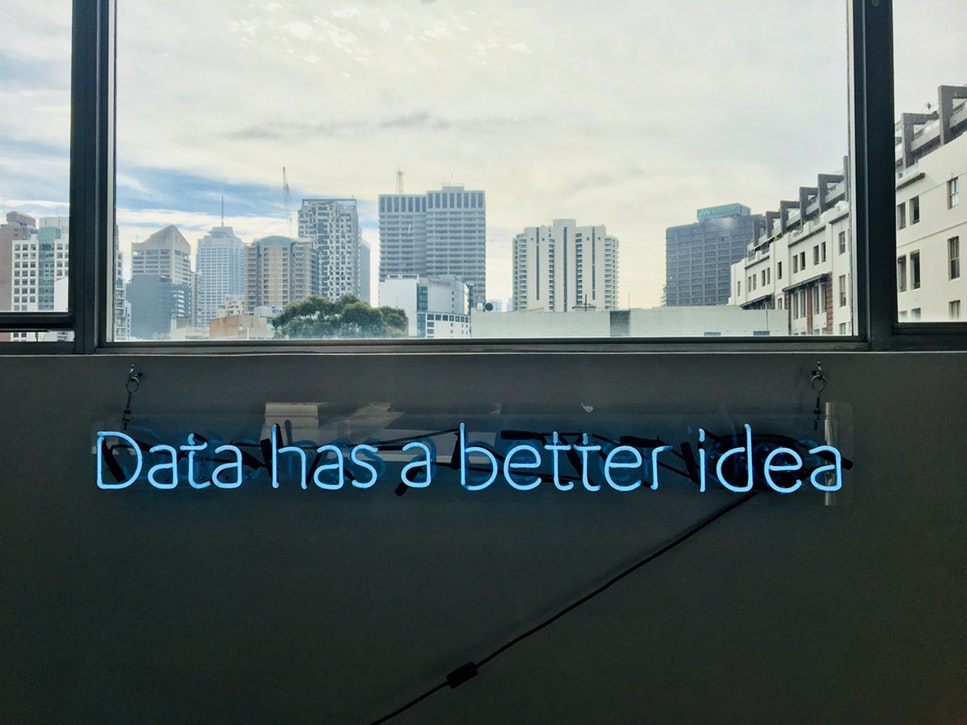 Even in the 1950s, businesses used basic analytics, such as entering numbers in spreadsheets, to uncover patterns and insights. Today, structured and unstructured data collected from log files, webpages, social media platforms, sensors, applications, and personal devices are helping corporations achieve new business models, higher customer retention rates, and improving operational efficiencies. The scope of big data application is huge and growing. In the table below, we summarize how advanced analytics are used in a wide range of industries.

On the back of Palantir Technologies’ IPO rumors, we spoke to employees at “one of the Silicon Valley’s most secretive companies” and learned about the firm’s business models. The Peter Thiel-backed data intelligence company is known as having close relationships with the governments and helping track down Osama bin Laden and chase Bernard Madoff. Designed for CIA, FBI, SEC, and US Army, the sophisticated data-mining system named “Palantir Gotham” focuses on national security matters such as fighting terrorism and human trafficking and identifying missing children. In a simplified example, the police department can see crime arrest reports, suspicious activity reports, license plate reader information, document repositories and emails stored in Palantir Gotham.

As Palantir’s penetration in government sectors reached a high level and it generally takes years for governments to sign a contract, the company decided to shift its revenue stream to large enterprise subscriptions via its commercial product “Palantir Foundry”. Compared to the government sector, the corporate sector means not only a larger market, but also heavier and messier data and more customer pain points on handling these data. Currently, Palantir makes 50% revenue from government agencies and the rest 50% from businesses in banking, healthcare, aerospace and manufacturing, according to CNBC. With the monthly subscription fees of over USD 1 million, the company only serves Fortune 500 companies and does not intend to lower prices to target small and medium-sized corporations, which would consider Palantir’s products overcomplicated.

The company aims to provide comprehensive end-to-end solutions for enterprises, including data ingestion, data cleanup, data visualization, actionable insights, etc. It does not have direct competitors in this sector - comparable software providers such as SAP, IBM, Microsoft, Google, and Tableau focus on more specific corporate solutions.

Palantir has expanded its geographic footprints to over 40 countries and generated USD 600 million, USD 880 million, and USD 1 billion in sales in the past three years, but the company still has not reached profitability, according to Bloomberg. Palantir planned to go public in 2019, but potential valuation is as high as USD 40 billion, projected by its potential bookrunner Morgan Stanley, while as low as USD 4 billion, estimated by mutual funds. The wide range of valuation is likely driven by the disagreement on whether the business could turn profitable - risks may exist in high R&D spending and potentially high user churns (J.P. Morgan, Hershey and NASDAQ had dropped the contracts with Palantir, likely because they did not see enough value created). In addition, Palantir still faces a public-perception problem, raising concerns on privacy, equity, racial justice, and civil rights, though the truth might not be what the public perceives.

While the US owns the world’s leading technologies, what China can offer is the scale and monetization of those technologies. Key advantages in China related to the big data fields are 1) larger population base which has contributed to much more meaningful data as well as a larger amount of corporations which are in need of data transformation; 2) the country’s less restrictive privacy control allows big data service providers easier to collect data.

It is prudent to say that the BAT (Baidu, Alibaba, Tencent) naturally have edges in this data competition, not only due to the fact that they were the first enterprises that adopted big data in their infrastructures, but also because of the amount of data they have collected over years. Baidu gathers data from user searching activities; Alibaba owns transaction data; Tencent has the largest social data in China. Those data can be applied to outside the consumer and technology fields such as logistics, public sector, and financial services. However, we believe emerging players are likely to offer creative solutions within specific verticals. Within our EO 500 portfolio list, we highlight the following Chinese startups in the area of big data analytics.

Founded in 2014, Tencent-backed Mininglamp (明略数据) claims to be China’s Palantir - similar to Palantir, Mininglamp started with serving provincial and municipal public security bureaus. The company uses AI to study experiences of outstanding police officers and combines times, locations, relevant laws and other dimensions to figure out the hidden relationships between data points. It says that its technology allows police departments to achieve a 5%~20% increase in successful detection rates and has helped solve cases regarding the production and sales of fake vaccines in more than 20 provinces in China.

Now, Mininglamp’s knowledge maps are also applied in the financial services sector to identify suspicious insider trading activities and in the manufacturing field to analyze vehicle operation performance using data from sensors and other equipment. Its notable clients include P&G, Huawei, HSBC, McDonald’s. Mininglamp also launched an enterprise-facing Siri-like interaction tool named Xiaoming. During an interview, the founder WU Minghui (吴明辉) described Xiaoming and the firm’s financial solutions as below,

“Companies are now rushing to the field of smart speakers. Xiao Ming is like a secretary in the work scene, but the difference between Xiao Ming and Siri is that you don't want to speak loud in the work scene, so we adopt the text form. If you want to check who this person has recently contacted, you can just type this question, and a hundred systems and databases will help you find the information..."

"Also, what we do in the financial field is a natural extension of our public security business. Data mining and AI algorithms are our strengths. Every financial institution has lots of verticals and what we do is to help these institutions connect the data in each vertical. After the integration, we help them solve operational problems such as internal audit, anti-fraud, and transaction analysis. This is actually relevant to the public security, because Economic Investigation, a special department in the public security system, deals with similar legal cases and works with banks to gather evidence throughout the process. Because of the connection, we started to provide financial solutions. But this is different from the risk scores traditional software exhibit. We focus on turning these data into knowledge maps and displaying full-scale risk analysis…”

Making into “Global Fintech Unicorns” list by CB Insights and Garner as well as the “China AI Top 50” list on the 2018 Davos Forum, Tongdun Technology (同盾科技) is a frontrunner in credit risk management and anti-fraud technology. Since its establishment in 2013, Tongdun has been committed to preventing online fraudulent activities by analyzing accounts and transactions with algorithms and models. It helps enterprises strengthen risk controls through multi-level, multi-dimensional and full-scale scenario practices. The company is serving over 10,000 enterprises, including the major financial institutions CITIC Securities, China Merchant Bank, and China Pacific Insurance as well as smaller-sized companies in E-commerce, peer-to-peer lending, auto loans, logistics, healthcare, retail, gaming, and live streaming. Current products and services from Tongdun include:

Anti-fraud services: monitors more than 1 million online fraud groups and average daily interception of IP agents exceeds 1.5 million times. An anti-fraud innovation is voiceprint recognition - while a fraudster's tone might not sound so different, the subtle difference in the voice's vibrations could be a useful clue for Tongdun's algorithm.

Credit risk management: conducts lenders’ real-time, multi-dimensional background check from the pre-lending stage to the post-lending stage. It can verify lenders’ personal information, calculate their probabilities of fraud, and analyze their risk profiles within milliseconds. Its overdue payment collection technologies remind lenders when their payments have not made as of the due dates.

In June 2017, Tongdun set up an intelligent risk control lab in North America to explore the use of blockchain technology in financial risk management scenarios. In January 2018, Tongdun International, the Singapore arm of Tongdun, was incorporated to expand its footprint to Southeast Asia. The firm will further expand to Africa, Central Europe, Eastern Europe, South America and other markets, according to Business Insider.

Founded in 2015 by several ex-managers at Baidu Big Data division, Sensors Data (神策数据) has secured investments from Warburg Pincus, Sequoia China, and DCM Ventures, raising USD 66 million up to date and eyeing for an IPO in the next 5 years. The founder of Sensors Data, SANG Wenfeng (桑文锋), believed that while BAT are strong in big data overall, they do not possess competitive advantages in some industry verticals, as some generalized data provided by these platforms could be less relevant to what really drives companies’ sales growth. Sensors Data aims to build the deepest understanding of data intelligence demand in the Internet, financial services, and retail companies, those who deal with transactions more frequently and process more complex data sets. According to Sensors Data, it targets companies worth less than USD 3 billion and currently provides big data analysis services for over 300 companies, including the bike sharing company ofo, workout mobile app Keep, and video sharing and live streaming app Miaopai.

Having described the emerging players in big data, we believe that the interest in big data is gaining momentum in China and revolution takes place across industry verticals, based on the wide range of sectors that those players are serving. But the industry is still weak in analytics capabilities and public awareness compared to the developed countries, and has “completed only 20% of the journey” according to founders in Chinese big data enterprises. We see several key challenges hindering the adoption of big data exist in 1) the lack of value creation perceived by small businesses at this stage; 2) the lack of top talents (AI experts, data scientists, etc.); 3) the unknown results brought by artificial intelligence.