Itinerating products might only bewilder customers for HeyTea, exploring AI store only costs more for Nayuki. Differentiation competition and supply chain management are the two strategies for Nayuki and HeyTea to dive into. 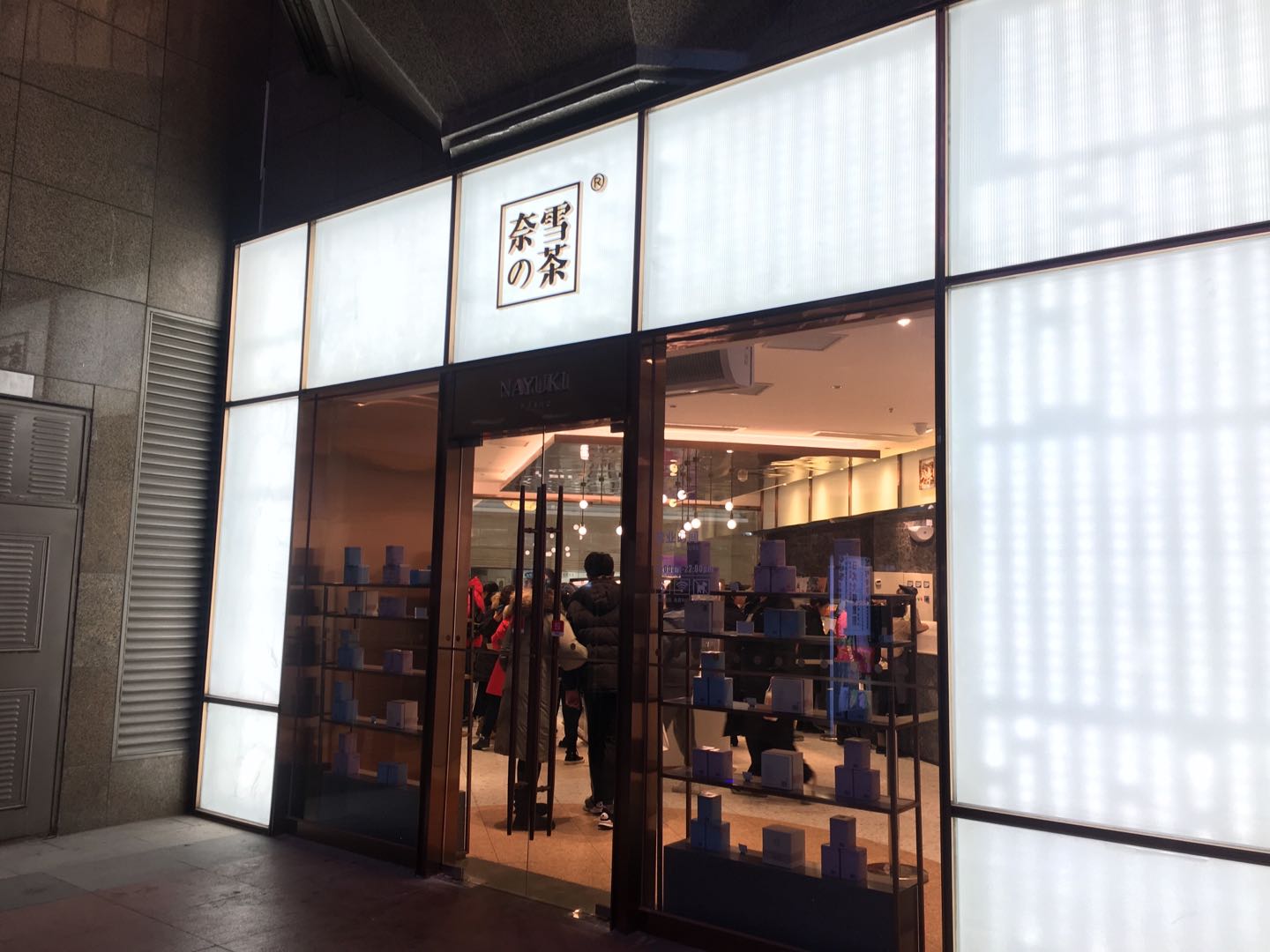 Starbucks shed some light on Chinese new tea-drinks brands Nayuki and HeyTea with the concept of Tea Room. Tea room(茶馆, Chaguan in Chinese) refers to a teahouse stuffed with middle-aged or elders savoring bitter tea. It wasnt cool enough for youngsters at all until HeyTea changed it. Youngsters spent three hours waiting for a cup of tea with a salty cream-cheese "cap" on it. So how could a tea brand who build romantic spaces and the name of the company meaning a tender Japanese woman get millennials customers? Their answer was Tea room.

It costs but it is worthy

The two companies open a new door for China’s tea-drinks market. The secret is Tea Room. Customers are often lagged behind trends. Only when something new comes out, they realize that’s what they need. Businesses define trends, and customers confirm it. “If I had asked people what they wanted, they would have said faster horses,” said Henry Ford. 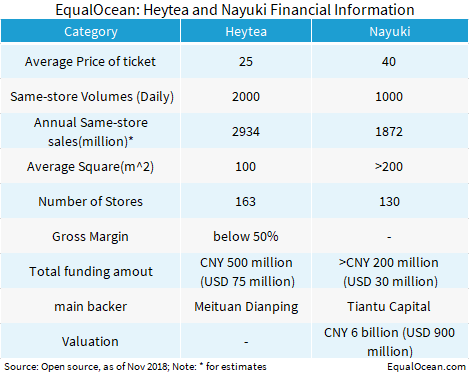 This strategy allows them to deter other bubble tea competitors, who sell milk tea in small shops at the street corner, to beat them on acquiring the mindshare of potential customers and to be consistent with its vision on becoming the new Tea Room in China. Data from the second quarter in 2017 to the same period in 2018 showed that the shutdown rate of tea-drinks shops in tier 1 cities reached 55%, twice as much of new opening rate, the readings are much more moderate in tier 2 cities but share the same trends, according to YANG Shun (杨顺), Tea company and FOH Leader at Unilever.

HeyTea now sells 2,000 to 3,000 cups of tea each day in Beijing at its 100sqm outlet in Sanlitun and a 200sqm shop in Chaoyang’s popular Joy City shopping mall. Most of Nayuki outlets also opened in fashion shopping malls, with an area of more than 200sqm.

To locate stores in such high-traffic, high-visibility locations as downtown and retail centers to attract customers will accommodate with the strategy, but will have an effect on the companies’ income statements.

Let’s do some math. Starbucks has done the same thing across the world, the company has opened cafes in office buildings and university campuses, whereas HeyTea and Nayuki are reluctant to march into that right now. 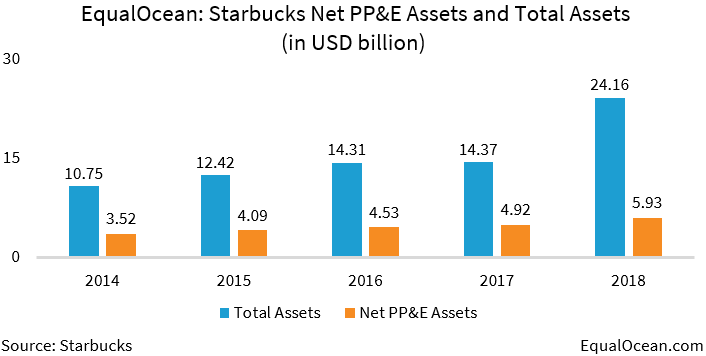 Take a look at Starbucks Comparison between Net PP&E of Starbucks to its total assets, in which Net PP& E accounts for 30% the coffee chain giant invested in prime location for stores heavily.

HeyTea sells their gently brewed and cheese-capped tea-drinks at CNY 10 (USD 1.5) which is a low price compared to Starbucks’. NIE Yunchen (聂云宸), founder of HeyTea implied that the company’s gross margin is far below 50%, compared with some 80 percent of many international coffeehouse chains (he might imply Starbucks), in an interview with SCMP. He also added that savings in marketing expenses have helped the company provide reasonably-priced drinks to consumers.

Starbucks Corp's Gross Margin for the quarter that ended on Dec. 30, 2018, is calculated as 58.41%. During the past 13 years, the highest Gross Margin of Starbucks Corp was 60.08%. Gross profit (margin) is calculated by subtracting the cost of goods sold from revenues, which does not include selling, administrative and other expenses. The company reached USD 1.02 billion operating income in the same period, registered 15.3% operating income margin. HeyTea and Nayuki have only started a couple of years ago and both have opened less than 200 stores, it is too far to compete for the behemoth with economies of scale. It is also noticeable that store operating expense does take a large part in the total operating expenses, registered USD 2.6 billion in the same period.

What is really baffling the two companies is not that other tea-drink makers could swoop in and steal their market with the lower price, but lack of innovation momentum, instead.

IPhone, a disruptive innovative product touching every aspect of life nowadays, faces the day when its Chinese customers are less willing to paying for it. Apple reduced its revenue expectations for the first time in 16 years because of poor iPhone sales in China, partly due to China’s slowing economy. However, we must admit that iPhone XR has already shown Tim Cook’s failure to innovate.

We cannot even compare Tea-drinks innovation with Apple’s innovation for it’s not a disruptive technology. With low barriers to entry, anyone who invests in products design, store selections, brand propaganda, operation and supply chain management is capable to bid on this market with a hope to win. As for Nayuki and HeyTea who has the brand name and some loyalty customers, the biggest challenge does not come from new competitors, even not from each other, but themselves.

Itinerating products might only bewilder customers for HeyTea, exploring AI store only costs more for Nayuki. Differentiation competition and supply chain management are the two strategies for Nayuki and HeyTea to dive into.