As the political center of China, Beijing is especially strict about public safety in the city. Companies have to obtain special license plates for each of its autonomous vehicles to run on the city's public roads. And it's never easy. 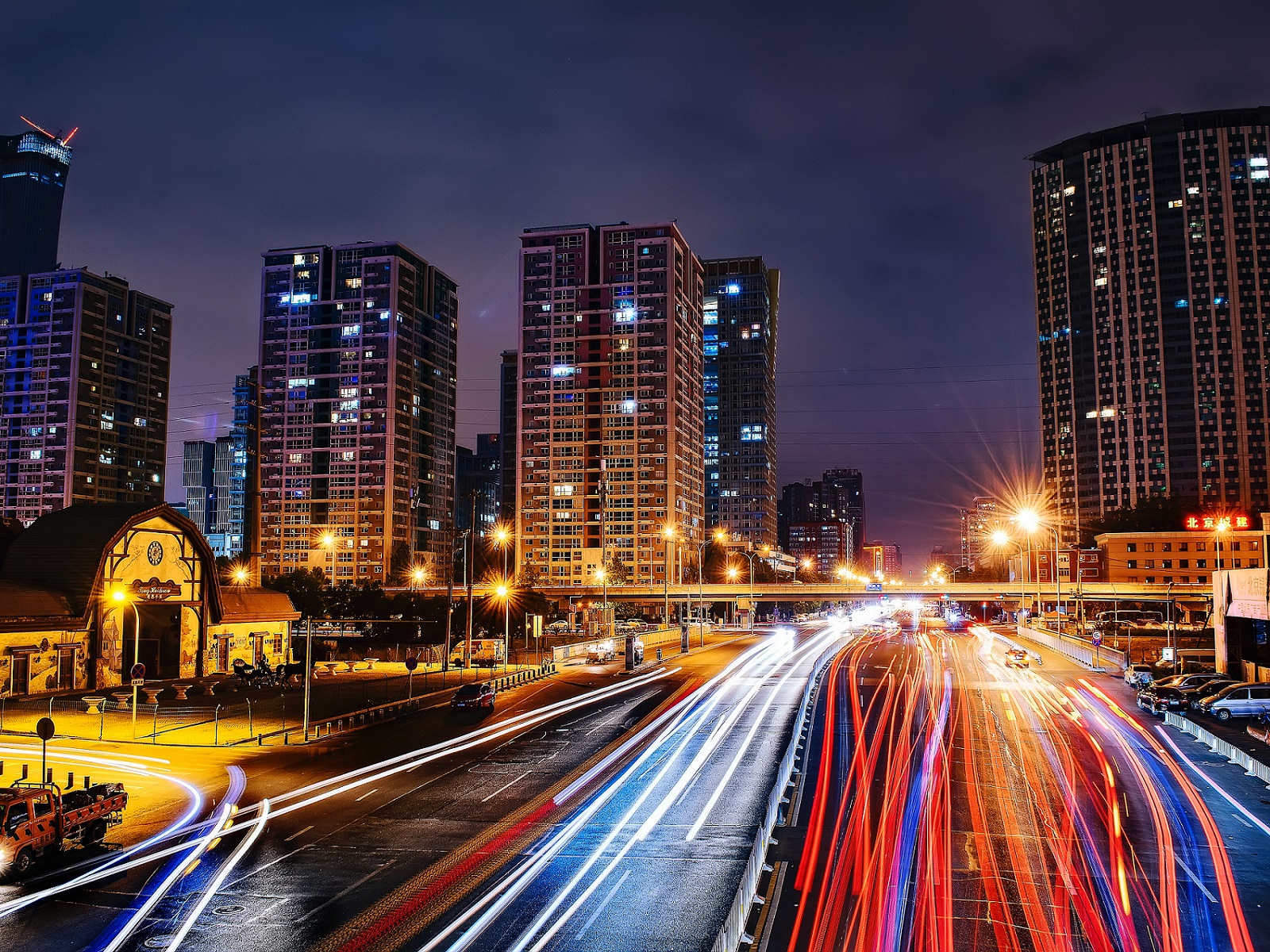 The Beijing-based autonomous vehicle making startup Idriverplus (智行者) has recently been granted 2 license plates that empower it to test autonomous vehicles on Beijing's public roads, making the company the 9th one allowed to do so, according to the Auto Business Review.

Founded in 2015, Idriverplus focuses on developing low-speed autonomous vehicles that can be deployed in urban sanitation, logistics, and security fields. Apparently, the company regards low-speed vehicles as an easier way to achieve autonomous driving. For example. the company's autonomous street sweeper Woxiaobai (蜗小白) will be mass-produced in this October.

As the political center of China, Beijing is especially strict about public safety in the city. Companies have to obtain special license plates for each of its autonomous vehicles to run on the city's public roads. And it's never easy.

Companies that want to run public tests on Beijing's road have to test their autonomous vehicles in a closed designated area for over 5,000 km in order to gain the qualification of taking a road test. During the road test, the autonomous vehicles have to make movements including speeding, braking, wheeling, and changing lanes under the autonomous mode, without violating any traffic regulations. And there will be recognized third-party organizations reviewing whether the human drivers of each autonomous vehicles are ready to take over driving actions when danger, according to companies that have participated in the test. And the plate only valid for 6 months, companies have to take the same test after that.

The extremely strict regulations have made Beijing the hardest city in China to gain autonomous tickets. There are only 60 autonomous vehicles in the city are allowed to drive in public road, with 45 of them belonging to Baidu, the search engine giant in China.

With the license plate, autonomous vehicles are granted access to 44 roads in Beijing, adding up to 123 km, covering 85% of all the traffic scenarios, and extending to highways, urban area, and the countryside.

Baidu became the first company ever to be granted the license plate on 22 March 2018. Now there are 9 companies and 60 vehicles are granted the plate, while Baidu owns 75% of them.

Nationwide, there are 22 companies in China have been granted plates to run public tests. Among them, 62% of the companies are traditional automakers, 17% are tech companies like Baidu and Tencent, and 13% of them are autonomous driving algorithm startups like pony.ai and Roadstar.ai, according to iyiou.com. 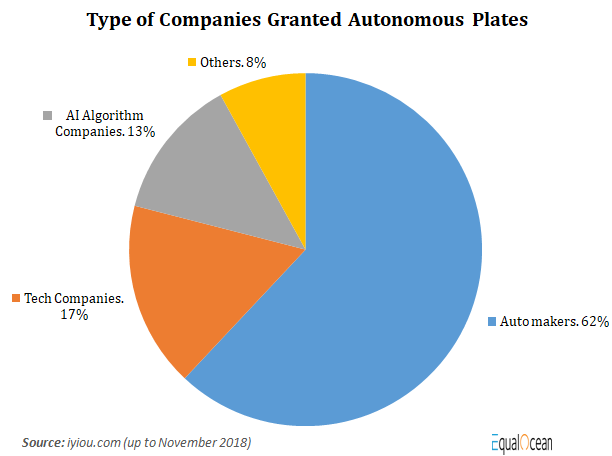 It’s conceivable because most Chinese AI algorithm and autonomous vehicle-making startups are both headquartered in China and the United States, especially in Silicon Valley.

But the most important factor is that California provides a much easier way for companies to gain an autonomous plate. The state requires companies to provide insurance or a bond of USD 5 million and show that its cars (1) complied with federal regulations, (2) could navigate roads, and (3) were tested in areas of operations. The companies have also to submit a safety plan outlining how they would interact law enforcement to the the California Department of Motor Vehicles (DMV). Only by doing this will an autonomous vehicle license be issued.

Companies can even run a fully driverless vehicle test on California’s roads, Waymo became the first company to obtain a fully driverless testing permit from the DMV in October 2018. Unlike previous tests, the autonomous vehicles that are tested won’t have a safety driver, only steering wheels, brake pedals and other manual controls specified by the National Highway Traffic Safety Administration, according to Venture Beat.

But its impossible to run a fully driverless test in China, at least for now. Beijing has categorized its autonomous vehicle public roads testing into 5 grades, from T1 to T5 depending on difficulty. And the city has only granted T1 to T3 licenses to applicants. The city plans to build an area for T4 and T5 autonomous driving test in the middle of 2019, allowing companies to test fully driverless vehicles.

It’s conceivable that the T4 and T5 license plates will be more difficult to obtain, but autonomous vehicle companies have to do it anyway. Because the road structure differs from city to city in China. For example, the standard driving lane width in Beijing is from 3.75 meters to 4 meters, while in Shanghai the width is averagely 3.25 meters. The difference might sound nothing to human drivers, but has a significant impact on the self-driving system.

Not meaning that the Beijing plate is more important than Shanghai or Shenzhen plate, but that autonomous vehicles companies have to run tests in Beijing in order to adapt its special roads structure, as Beijing is one of the biggest auto markets in China.