With the absence of giants like Huawei and ZTE, there still are a great number of Chinese startups in the CES 2019. And here are 10 of them you should keep an eye on at the CES 2019. 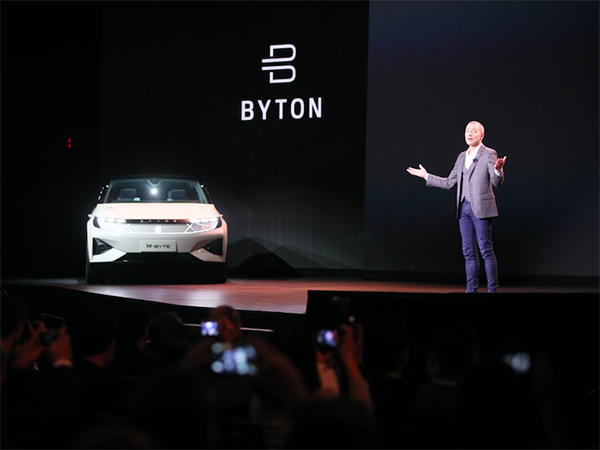 There once was a joke that the annual gadget show in Las Vegas CES in fact stands for the "Chinese Electronics Show," because there were 1,551 Chinese companies registered to the CES's exhibit in 2018, accounting for 33% of all exhibitors. But the number of Chinese exhibitors is 1,211 at CES 2019, with a 20% decline from last year, according to the Consumer Technology Association, which organized the show.

And that is as it should be as the US-China trade war intensifies and the world's two biggest economies are fighting for control over a range of frontier technologies such as artificial intelligence and 5G mobile networks, which are also part of the focus of this year's CES.

Another telecommunications equipment company ZTE Corp., whose name is in the exhibitor dictionary, didn't appear in the CES this year, giving no explanation as to why it is missing the show for the first time since 2011.

With the absence of giants like Huawei and ZTE, there still are a great number of Chinese startups in the show, they have brought the world with their newest achievements of frontier technologies such as artificial intelligence and autonomous driving. And here are 10 of them you should keep an eye on at the CES 2019.

Self-driving technology and algorithms are not for cars only, they can also appear in items in your life that you will never expect, for example, your suitcase.

At this year's CES, Chinese autonomous-focused company ForwardX Robotics demonstrated its latest product Ovis Suitcase, an autonomous piece of suitcase that is powered by artificial intelligence and self-driving technologies. Unlike standard suitcase, the Ovis Suitcase uses self-driving algorithms to side-follow users anywhere, including hotels, airports and even city streets.

This eye-catching suitcase uses deep learning-based computer vision for high-level understanding, VSLAM (visual simultaneous localization and mapping) positioning, reinforcement learning-based navigation and avoidance, and automatic control technology. These technologies allow its products to have a "smart brain" with perception, cognition, judgment and decision-making capabilities, according to the company's website.

Founded in 2016, ForwardX Robotics is an AI company based in both China and the US. The company committed to building the "robotic brain" of the AI era, using deep learning to redesign robots. The company has introduced both an enterprise product visual-based Autonomous-Mobile-Robot (AMR) and the consumer product Ovis Suitcase.

Founded in 2016, Chinese electric vehicle manufacturer Byton has already a Unicorn. The company raised altogether $500 million in Series B funding at a valuation of $1.9 billion.

Byton is also seeking to raise at least $500 million to finance growth, valuing the nearly three-year-old company at more than $4 billion, Reuters reported on Tuesday.

At CES this year, Byton demonstrated its concept car M-Byte, which features with a 48-inch-wide central console video display. Byton also collaborates with Amazon to provide the car voice control by Alexa.

The car Byton showed at CES is still concept version, but the company has a production facility in Nanjing, China, and says that it has built about 100 prototype vehicles so far. And According to Reuters's report, Byton is looking for foreign investors in its latest fundraising and the fund will mainly be used to finance the mass production of M-Byte.

The company's vision is to bring technology and commerce together by leveraging the power of AI. The company uses AI to digitize the elements involved in the retail industry.

YI Tunnel has already deployed its cashierless store in different countries, such as Etisalat in Dubai, PepsiCo in New York City, and SK in Seoul.

In addition to cashierless stores, YI Tunnel also has developed a whole set of AI-driven products for the retail industry, including an AI autonomous checkout machine, a big data analytics system for SKU (Stock Keeping Unit) and tools for supply chain forecasting.

Chinese LiDAR perception technology solutions provider Robosense demonstrated at CES 2019 an upgraded version of its MEMS (Microelectromechanical Systems) solid-state LiDAR, the RS-LiDAR-M1, which is designed for the mass production of autonomous vehicles.

At the CES last year, Robosense had already announced the first generation of its MEMS solid-state LiDAR. The product was initially applied to Alibaba's autonomous logistics vehicle.

The upgraded LiDAR provides an increased horizontal field of view reaching a 120° field of view, so that no more than 5 RS-LiDAR-M1s will be enough to cover the 360° field of view, and realize Level 5 (SAE) automatic driving-full driverless driving.

Other companies to watch:

The company is dedicated to providing a one-stop service towards home training, running, cycling, social network, nutrition guide and sporting goods. The online social fitness app even opened its own offline fitness centers called the Keepland.

Matrix is a self-developed autonomous driving computing platform, based on the BPU (Brain Processing Unit) 2.0, a proprietary and high-performance AI processor architecture independently developed by Horizon to empower L3 and L4 autonomous driving. The product is now proving for large autonomous driving suppliers in mass production, the company claimed.

Horizon Robotics is one of China’s leading designers of artificial intelligence chips. The company raised up to $1 billion in a funding round and valued it at between $3 billion and $4 billion.

SoundAI has presented an intelligent interaction system SoundAI Azero and smart home one-stop solutions – MiniSpot and MiniBox at the CES 2019.

SenseTime is a China-based AI unicorn focused on computer vision and deep learning. The company has raised a total financing of more than US$1.6 billion and is valued over US$4.5 billion.

TuSimple (图森未来), a China-based autonomous driving company with an R&D facility in San Diego, announced that the company will have 40 trucks in fully-autonomous operation by June in U.S. The company is displaying a Navistar International LT semi-truck at CES 2019.

TuSimple is an innovative technology company that is devoted to the development and application of artificial intelligence and computer vision technologies.

Tuya Smart, a China-based "AI+IoT" developer platform that makes plugins to enable manufacturers to transform ordinary products into smart devices, has announced two new solutions at CES 2019. The AI Video Doorbell and the AI Pad, are next-level security solutions for the home and office that incorporate artificial intelligence and the Internet of Things.